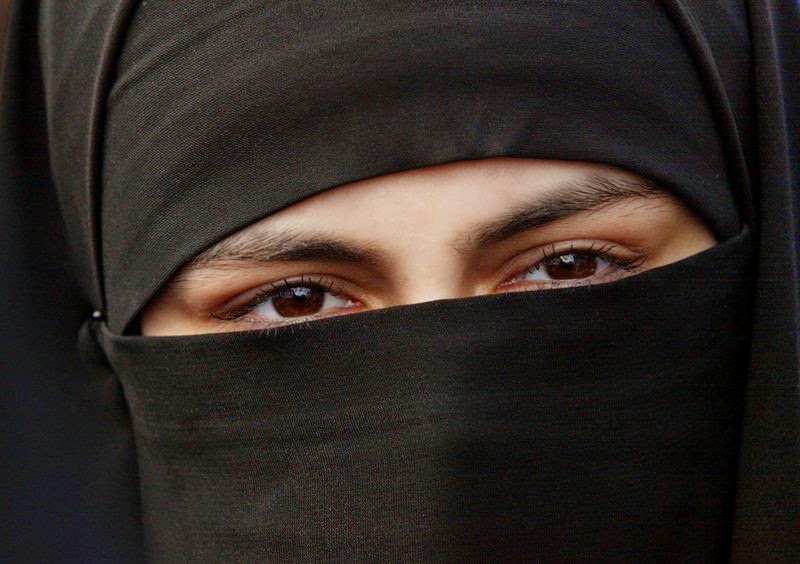 There is a difference between all the different concepts we hold dear and uphold as a universal truth. That difference is an important distinction to make, for without it, there is no meaning.

If we, for example, do not understand what the colour black is like, it is equally difficult to formalise what the colour white is. If we understand something to be right and worth fighting for, by definition we also have a strong idea of what is the opposite of that, something that is considered to be wrong.

All these things are subjective, of course, as a manner of speaking, and it largely depends on the discourses conditioning our perspectives and mindsets in understanding the world. It does not, however, render it untrue.

Israelis are not necessarily Jews. There happen to be a lot of people who are Jewish and Israeli by nature, but not by as many as you think. Around three quarters of Israel’s population of 8 million are Jewish. Muslims, interestingly enough, are the biggest religious minority in Israel.

The current offensive in Gaza may be getting many people’s panties twisted, but suggestions that Israelis are Jews going to hell are so far off the mark they conveniently ignore over 1 million non-Jewish souls who call Israel their home. It may not count as much within an Indonesian or even Malaysian context, where population figures numbers in the tens (and hundreds) of millions. Nevertheless, whatever spin you put on it, a life is a life, each soul an invaluable addition in its own way, and anything that claims otherwise obscures the truth that deserves its day in the sun.

Malays are not Muslim. This is an equally important distinction to make, one that ignores completely the complex interactions this region has with races and religions, both ‘native’ and ‘foreign’ in nature. Indonesians, perhaps more secure in their sheer numbers game, understand this better, allow for a more fluid identification between race and religion.

In Malaysia, the (re)claimation of such factors is the basis for a kind of turf war between the different factions, a spiritual rat race of sorts. Malays are constitutionally born as Muslim, with both identities subsumed as being one and the same. However, the fact that one is a race and the other is a religion already precludes a different foundation for each.

Race, as is understood by mankind, is largely to do with DNA and skin colour (with the latter is becoming ever harder to truly identify), among other things. Religion, on the other hand, has far more to do with spiritual discipline, concerning itself as it were with the directions, frequency and style of prayers as much as anything else; you can’t just be religious, but you must also be seen as being religious.

As such, the more regional mindset is boxed in by conditions set by the state, authorities who manipulate such understandings of intricate complexity for their own political purposes. Initially organised by the foreign colonial powers for better efficiency, subsequent administrations have chosen to carry on this myopic perspective as a truth to be spread to the people.

It may, for all intents and purposes, make it easier to fill in your forms, but the ticks in boxes are little more than signifiers that do not come close to the actual signifieds.

For Malays are not really Malays. There is the constitutional race that is Malay as is understood by many Malaysians. However, it’s probably better to identify this definition as a group of races, rather than as a race in its own right.

In truth, many Malays in Malaysia are a combination of different things. From a more traditional perspective, those who are Javanese in origin, for example, as considered just as Malay as someone who is a Bugis. I myself am Siamese and Javanese in parts, but there aren’t any boxes for Javanese in Malaysian forms.

Here’s another interesting twist: in addition to being a group, there is also the race that is Malay. This is an important distinction to make, because they can be found in places farther and wider beyond South East Asia, from the Easter Islands to parts of Africa. Many of such conclusions can and have been disputed, but the fact that the question was raised to begin with suggests a more critical outlook on our understanding of race should be considered.

Once, while working an international conference on education in Korea as a cameraman, I came across a Sri Lankan couple. One of them is a headmistress, while the other is her husband accompanying her for the trip. They asked where I am from (since I appear to be a part of the Korean organising team but not of the same ‘race’ as them). I told them that I am Malaysian, and they very enthusiastically asked whether I am Malay.

Upon confirming that, they told me that they, too, are Malays, keenly identified with the culture even if the language has been conditioned out of them. It was a pleasant surprise for me, and further research opened up my mind as to how ignorant I had been all this while. Rightly or wrongly, Malay can be seen as a group of races and a race.

Maybe even as Arabs. There is an interesting wave of Arabisation that is making its rounds in and around Malaysia. Simply put, Islam and the Arab culture has long been associated as one and the same, so it’s not impossible to think that this is a movement that is not limited to national borders alone.

Given the geopolitical backgrounds of one and the other, that is understandable to a certain extent, but the deliberate attempt by many to confuse a lot of Muslims is quite disappointing, to say the least. By that, I mean the subsuming of Arabic and Islamic culture as one and the same is pathetic. This relates itself not only to the practice of religion, but also to issues such as language, conduct, clothing, culture and other such paraphenalia of day to day life.

There is a difference between what is Arabic and what is Islamic. It is important to recognise that the using of the word iftar instead of breaking fast does not make you any more Muslim than the next Muhammad you meet. Speaking of which, the name Muhammad itself does not necessarily guarantee a positive journey in life, however much you believe in names being a form of prayer and hope for the person in question.

Nevertheless, the conflation of all these different factors into one has to come to an end at some point, one way or another. I do know of the temptation of getting everything under one roof, and calling that one thing with only one name. It is an incredibly complex world, and this is a way for many whose psychological understanding of the world may already be fragile enough to survive it. Going beyond grain in doing so, casting an alternative thought, runs the risk of getting you drowned out in the cache of boos and hisses.

That convenience does not, however, justify the crass and inaccurate simplification of a complicated world. Rather, a more constructive approach might to be start taking the world as it is: as ugly, dirty and cruel a place as it is beautiful, vast and wonderful.

Hypocritical, contradictory, a paradox of the highest order? Absolutely. The differences, though, are differences worth being understood as such. Variety is the spice of life, and understanding the variety that also lies within makes for a more meaningful world.

It would be a pity to see that wiped out simply because some people can’t handle the truth.
Labels: arab difference indonesia islam israel judaism malay malaysia meaning race religion sri lanka the difference makers