Fikri Jermadi is a lecturer currently attached to Jakarta International College in Indonesia. He began his academic career in June 2010, serving concurrently as a visiting lecturer at Monash University, Sunway University, Universiti Malaya and Universiti Teknologi MARA in Malaysia. He teaches subjects related to filmmaking, screen studies, journalism and media and communications, among others.
He was appointed the inaugural Filmmaker in Residence at Monash University in 2011, guiding young student filmmakers. Under his aegis, he has helped to foster the career of filmmakers such as Bradley Liew (renowned independent filmmaker based in the Philippines) and Eng Sze Jia (currently attached to Industrial Light and Magic).
In 2014, Fikri migrated to Indonesia, delivering the Monash College Diploma of Arts programme at Jakarta International College. This is combined with periodic teaching in Malaysia with both Monash University and Sunway University, at times involving weekly travel between the two countries.
He co-authored a book chapter looking at the stardom of Shahrukh Khan in a post-globalised Bollywood era. A part of Salaam Bollywood: Representations and Interpretations (edited by Vikrant Kishore, Amir Sarwal and Parichay Patra), it was published in 2016 by Routledge.
Fikri has been commended for his teaching skills, receiving a Purple Letter for Outstanding Teaching Performance in 2017 (Monash University) and a Faculty of Arts Dean’s Sessional Commendation (Monash University) in 2019.
He received his PhD from Universiti Teknologi MARA in 2019, with a thesis discussing gender and sexuality in contemporary Malaysian cinema, and is currently working on an academic book further exploring these discourses. 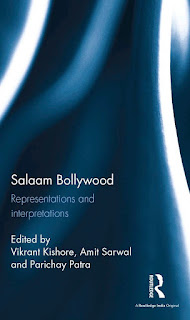 The Write Stuff (2011)
- A chapter in Fringe Benefits: Essays and reflections on Malaysian arts and Cinema (edited by Yeoh Seng Guan and Julian Lee)
- Published by SIRD

Purple Letter for Outstanding Teaching Performance (2017)
Monash University
- Recognition of unit taught as one of the top 10.2% of all Monash units conducted during Summer Semester 2017, reflecting a commitment to excellence, creativity and skills.