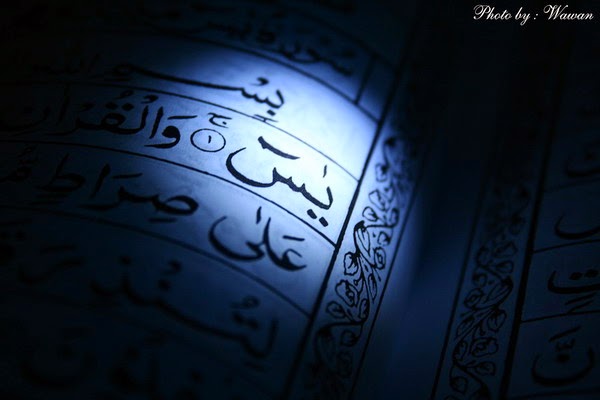 There are many times when I feel somewhat lost and confused.

A number of years ago, I was in my office. It was late night, possibly around 1 or 2 o’clock in the morning. The security guards at Monash were, by then, well adjusted to my habits. They walked past my door on their rounds, checking in on me with a polite knock.

I was slaving away, researching on Walter Benjamin’s idea of the aura of art, and how applicable it is to the medium of film. I had done so for an article that eventually never got published, but that’s fine. It brings me a lot further down the road.

I dropped a message to my sister, just to say hello, and got a shocking reply. The chain of events may differ from what I recall, but the point is this: “Farah’s mother passed away.”

Farah is one of my sister’s friends. My sister had cultivated a strong bond with a group of friends from school, through which their families also became somewhat familiar with us. While this is a secondary impact from a key event in someone else’s life, my sister was equally affected all the same.

I pondered whether I should head over there. Though the relatively empty roads would mean a speedier travel, I didn’t know whether I had it in me to drive to the other side of the other city to Farah’s house. Pretty quickly, I realised that such considerations were irrelevant in the bigger picture, and left soon enough after that.

In truth, there’s very little that can be done. When a person dies, you feel like there’s nothing you wouldn’t do in the world to mitigate the situation for their loved ones. This is especially true of those who are close to you, but it doesn’t change the fact that such situations strips away much of our agency and faculties; I can’t do much beyond offering a few words of consolation that means little to the bereaved. As such, I went to Farah’s home without really knowing much of what I would do once I did arrive.

I walked into their home, shaking hands with people I didn’t know much, if at all. They have a lovely house, complete with a small fountain in the middle of the house, and a rustic décor that is very homely. This, then, truly is a home, one that houses a family forever changed by tonight’s events.

I spotted my sister, sitting close to Farah somewhere on the other side of the spacious living room. It was, however, filled with people, a score of gatherers and well-wishers who had come from near and far in the middle of the night, paying their last respects. Farah’s father, seated next to the body in the middle of the room covered in white, was reciting some prayers.

I sat down near the main door. There was very little room elsewhere. Someone passed me a copy of the Yasin, a chapter of the Qur’an. They tend to be published in smaller sizes, making it easy to pass around for occasions such as this. I opened the book, and started saying things I don’t truly understand.

The teaching of the Qur’an in Malaysia has largely focused on the reader saying the Arabic words properly. Much emphasis is placed on pronouncing and enunciating the right words in the right way. I suppose that is considered the original language of the Qur’an, and as such it represents a good way of getting closer to the word of God.

This lack of emphasis has resulted in me finishing the Qur’an twice in my lifetime thus far without understanding a single word of what was said and its context. For that, people are encouraged to refer to their Ustaz or, as I did, read translations of the Qur’an.

I’ve often thought of this to be a bit silly. Should we still wish to prioritise the reading of the Qur’an in Arabic, I figure it’s a lot better to adopt an approach where we are actually taught Arabic, allowing us to actually understand the Qur’an in its original form the first time around.

As it is, too much power is given to too little people, having to rely on more people with agendas to have an inkling of what the Qur’an means. Lest we forget, the Qur’an is the word of God written by man; where man is involved, I am inclined to believe that a perfect accuracy is not to be expected.

All the same, being a product of this part of the system, it does mean, at least, that I can read the Yasin. As I did so, with everyone else reading the prayers at their own pace, I realise that the sense of uncertainty, of not knowing what to do, started to ebb away. It was not an obvious feeling at first, but it did wash over me in the end.

In that moment, I better understood the value of religion to me. My understanding of it allows for the creation of a structure that can be filled with your heart’s desires. It is like a jar, if you wish. Some pour in hatred, others keep their love there. I keep my faith there, even some believe a life lived as a perpetual introduction to something you hope will be better in the future is a life of disappointment.

Better understanding faith, religion and their idiosyncrasies, however nonsensical it may be at times, is the building of a bigger jar, of a certain pillar upon which you can rely on when the going gets tough.

I am not advocating people stop thinking critically and logically about their respective faiths (or even lack of it). Far from it. This is merely a reassessment on something which I had previously placed little value in, believing a lack of a coherent logic being enough to render something less credible. There is value here, and though that value can be further enhanced by constructive discourse, it is not to say that these structures are valueless. At least for that night, it worked for me.

For things were certainly tough that night. I felt lost, but I fell back on what I knew, even if I was yet to fully understand it.

I met my sister after having finished reading the Yasin. I offered my commiserations to Farah and her father. We hung around until near the end of the session, during which time we felt hungry. There was a mamak near the area, and we decided to walk for it.

There, in the middle of the road, before the breaking of dawn, my sister started crying. I hugged her, providing a shoulder for her to cry on. She lamented how it’s unfair. Farah’s mother had been there for her when our own family fell apart, the proverbial other mother who would offer her love and support when it was needed. I’ve only met her a few times myself, but I am left in no doubt that the feeling I felt earlier was not unique to me, that many others that night also felt just as lost. Perhaps even more so in many respects, for theirs is a loss that can never be replaced.

Turn back to your jars of heart, to love, religion, faith and kindness, when the road is dark. Light will always be found, for the night is darkest just before the dawn.