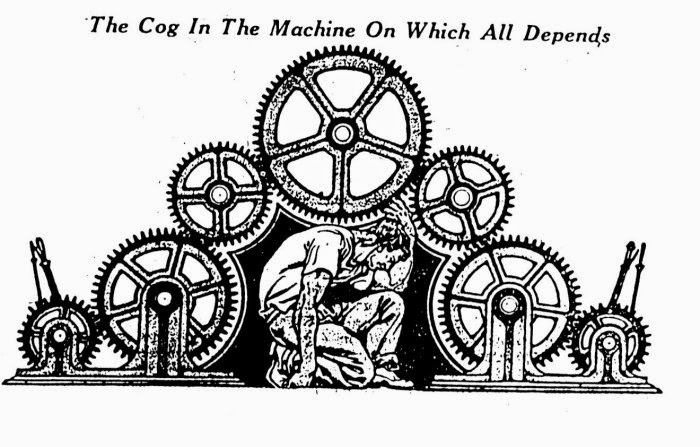 “Hi Ali, I’d like to have the large pepperoni pizza, please. Oh, and a can of Pepsi.” The second the call to the café downstairs was answered, I made my order, knowing full well Ali has got it all sorted.

“OK sir, thank you,” said the voice before hanging up. It felt a bit weird, primarily because it lacked the sort of rapport Ali and I usually share; it was more abrupt than usual, and truth be told, the voice didn’t sound like Ali’s, either.

The food came up soon enough, but Ali was nowhere to be seen. “Where is Ali?” I asked the delivery man as I paid for my food. “Oh, sorry sir,” he said somewhat apologetically, “but Ali is not here anymore.” “Did he go back to Nepal?” “Yes, sir.” He pocketed his money, and, sensing a lack of desire to enlighten, I said my thanks, allowing him to go back down.

Ali is the person who worked the café downstairs. The café started in the apartment just as I moved in. I spent a lot of time there, and Ali became a kind of friend. We talked about many things, primarily films.

Once, he asked me whether I have any books on filmmaking that I can pass on to him. “What kind of books are you talking about?” I enquired. “Anything, sir.” “How about eBooks? They’re PDF files of print books, so it’s the same thing, but you can read it on your computer.” He was greatly enthused by the idea, and I must have transferred around half a gigabyte’s worth of books to his thumbdrive.

Once, I had ambled in near midnight. The café closes around 1am, so I was safe for an hour or so, but he saw that I was clearly worse for wear. It had been a long day (I was doing my trick of teaching at two different places again), and under my arms were scores of papers to be marked. I sat down and he whistled at the mountain of paper I had laid on the table. “A lot of work, sir.” “Yes, Ali,” I said, and opened the first page of the exam script on top of the pile. “And look at that handwriting too!" I exclaimed. "Horrendous.” He laughed, and came back with a café mocha soon after.

This is the other side of migrant labour that I rarely come across. The human side, the human beings involved in this process, is rarely highlighted. Each and everyone is a precious life, someone else’s son, father and brother (sometimes all at once). The very transient nature of the business meant that they are interchangeable cogs in the machinery of society, but it doesn’t make them any less unique and valuable as a person.

According to the Fair Labor Association, there are over 2 million documented migrant workers in Malaysia in 2008. The latest figures, including illegal workers, is a lot closer to 4 million people. 4 million souls who left their homelands for a brighter future here.

Instead, I suspect they are not likely to find all that much solace and happiness here. A fairly recently report by the Guardian explained the incredible lack of power they all have, with measures such as having their passports retained by the employer or their agent a popular method of further emasculating them.

To be sure, this is probably not entirely representative of every migrant experience here. There have been many with happier endings, of course, but all the same, the majority of such stories serves a compelling relationship of contrasts we have with foreigners. Those of fairer skin tend to have it better in many ways, hoovering up a fair amount of professional and personal opportunities available in the country.

Yet we tend to push the blame on those whose skin are darker, for the convenience of knowing that they can't really rise up against us as much; I often wonder whether families who employ a live in maid do so not so much because they truly need professional help at home, but rather because they need someone to be positioned directly lower than them, as an attempt to address the power (im)balance in their personal and professional lives.

I don’t why know Ali left. Perhaps there was a sudden change in his personal life. He is from Nepal, a place I have never been but have fond memories of. My two former roommates were from Nepal, and I loved them to bits. They were great guys who had stuck with me through thick and thin, though I’ve not contacted them in quite a while. I probably should. It is important not to forget.

Perhaps he was fired, for a professional misdemeanour I am not aware of. The café wasn’t doing all that well, but I had put that down to the very limited menu they have. I don’t know how much longer it would last, but from the start, when it did not offer much of the food it had listed in the menu, I suppose the broken promises won't have helped to engender the kind of trust many expect from professionally-run outfits.

Whatever the reason may be, the end result meant that one of the few human links I had in this concrete jungle I called home for a year is gone. People looked at this area and the people in it as incredibly mobile in nature, never truly hanging around long enough to remember laying eyes on your neighbour, let alone recall their names.

Is this the post-modern human condition, a disconnection that means I know more of what’s going on in the next country rather than who even lives next door? Is this a comfortable prediction as to how we as human beings will develop? Is a human life only valuable if it’s taken away by Jews, or can we be upset at human rights violations in our own country as well? Or am I just freaking out over something that is already very normal to begin with?

In this context, I don’t what is normal, but I do know that our dim view on the human beings we treat as cogs in the machines is a very sad indictment on society as a whole. This is a country almost literally built on the backs of foreign labour, and I do believe that we forget that sometimes.

It is important to not forget. Selamat Hari Raya and happy holidays to all.
Labels: ali human condition humanity labour migrant post-modern