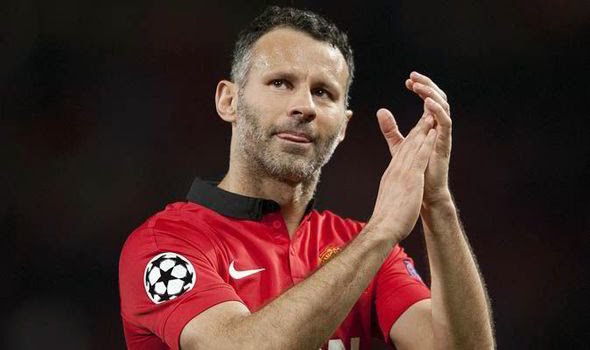 Until last summer, Ryan Giggs had an enviable record that very few people ever in the history of world football had.

It is somewhat related to him being a one-club man, but that is not that exclusive a club. The likes of Tony Adams, Paolo Maldini and Francesco Totti, amongst a number of others, are players who fall into this category. They were brought through from their team’s youth systems, and grew to captain their side. More than that, they were symbols for the movements, the forces of nature, their respective teams eventually became at some point or another.

However, given the very fluid nature of the manager in the hotseat, they did not manage to challenge Ryan Giggs on the record I am talking about here. It is not the fact that he literally became the most decorated player on almost all the statistical fronts you can think of, or that he has maintained his footballing career with little football-related issues you can think of off the pitch. Of course, in non-football-related matters, though, there are some issues that happened that I won’t run through. Sad, though, that.

No, it is the fact that he had spent his entire playing career at one club under one manager.

The reign of Sir Alex Ferguson had brought a lot of success to Manchester United at a time when success wasn’t the given right we had come to think of in recent seasons. It is only recently that Manchester United can truly claim to be one of the biggest clubs in the world.

Even when they won the Treble at the end of the last millennium, they were still not seen on the same levels as Real Madrid, Barcelona or Juventus, amongst others. The fact remains that Manchester United was a competitive team, certainly on the domestic stage, but to reach such levels is to actually reach such levels; I feel that it is only from the start of the mid-noughties onwards, when Ferguson and co overcame the likes of rouble-powered Chelsea on a more consistent basis. Up until that time, many of the biggest names in world football were more likely to turn us down than they did others.

Nevertheless, this is not necessarily meant as an analysis of the rise (and subsequent fall) of Manchester United. This is more of a tribute towards a player I had readily identified as my favourite player of all time.

I feel that his best years as a player, and especially as a winger, occurred during the mid- to late-nineties. In particular, his slalom past the Bolton Wanderers right back to cross for Terry Cooke’s goal was delicious. This was during the 1995/96 season, and of course there are many other moments Ryan has provided us with that is just as, if not more memorable than a routine home win against Bolton.

However, it is the way the camera is positioned, capturing perfectly his posture as he twisted one way and then the next. Sometimes, it is not just the football on offer, but how this offer is presented to us. Perhaps another time, I can dig into how we have all been conditioned to watch football in a very specific way by the television directors of these matches.

For now, though, this is an imperfect post, written off the cuff, about a player and a personality who is significant in my own appreciation of football, which has been a huge part of my own life. Then again, what kind of words can we use to truly describe a player who has served Manchester United and the game that is football so well for over twenty years at the very top?

I suppose in that sense, whatever post and words I can come up with will not be enough. For now, though, this will have to do.

Thank you, Ryan, for all the wonderful memories. Here’s to many more.
Labels: football manchester united retirement ryan giggs