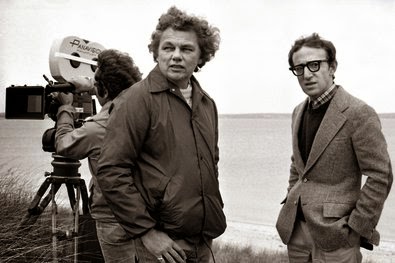 “The truth of the matter is, everybody tends to reduce or expand things to a level that they understand. Two people can look at the same thing, they don’t necessarily see the same thing. Whatever happens on the screen really comes out of you. There’s no formula.”

Karpal Singh. Gabriel Garcia Marquez, Gordon Willis. These are the passing of peoples who, over the past few days, weeks and months, have caused very significant outpourings of grief both in and out of the media.

In times like this, it seems like more and more people are dying. Of course, that’s probably not really the case. I suspect that it’s a mere matter of increased media exposure that such news hit home a lot more often, I suppose.

We are constantly surrounded by the media, and often there is an agenda in the reporting of such news. However, when it comes to someone’s death, it is really quite difficult to spin it any other way.

On a minor, personal level, I am somewhat affected by their passing. Each of them, and many others before them, have played an important role in the formation of my consciousness, engaging with me through the works and important roles they have carried out over the course of their careers and lives.

However, it is not entirely uncommon either for there to be a party pooper to pop in and break up the moment. Many have indicated that when Steve Jobs died, entire continents and nations stopped to mourn the passing of one man, while most probably did not even raise a finger at the death of undernourished children in poor countries all over the world.

Those with a more specific agenda points out that many of the disenfranchised of the Palestinian cause, for example, rarely merits little more than a small mention, if even that.

I suppose on that level, I can see where they’re coming from. Each and every life is vital and important in its own ways. A person’s birth into the world is taken almost for granted, but the conceiving of a human being and the subsequent efforts taken to raise them as well as can be should be not looked at dimly.

However, is the amount of coverage (or lack of it) any indication on the importance of life? I am not entirely sure. I think it is natural that when people die, it is those who are most affected who will mobilise themselves in different ways to grieve and to mourn.

In the case of Steve Jobs, he passed away, leaving behind a legacy of important innovations that literally changed the way a significant proportion of the world works. Though we have never met him, our lives have been greatly impacted by the works of Mr Jobs.

The same, unfortunately, can’t be said of Gabriel Garcia Marquez. I have written previously of his importance to me on a deeper level, but I am not entirely surprised that most of my immediate friends have probably not even been aware of him.

It’s a little disappointing when that happens, to be honest, but in line with more realistic expectations, I didn’t really think things would occur the way I truly want them to. As it stands, it’s fine. Colombia and Mexico held public events to commemorate him, and that is a fine mark of the impact he had made. Those in the know will know.

The proximity of our involvement is no real indication of the importance of any given person. We are all important and special in our own ways, and I think it’s just fair to allow those who are greatly affected to mourn in whatever way they want without realigning the contexts to serve a different, perhaps more political end.

Gordon Willis shot quite a number of important films in my own film education. He is most often praised for the Godfather films, which my cinematographer had waxed lyrical about. However, I am perhaps just as equally impressed with his work on Zelig; shooting and lighting the different Woody Allens throughout the time periods and events can’t have been all that easy, and yet the transition and integration of the character into the different scenes seemed quite seamless in class.

My respect for him went up when I tried to replicate something similar in another project, which proved to be difficult as hell (and I had a fair amount of digital help and expertise as well).