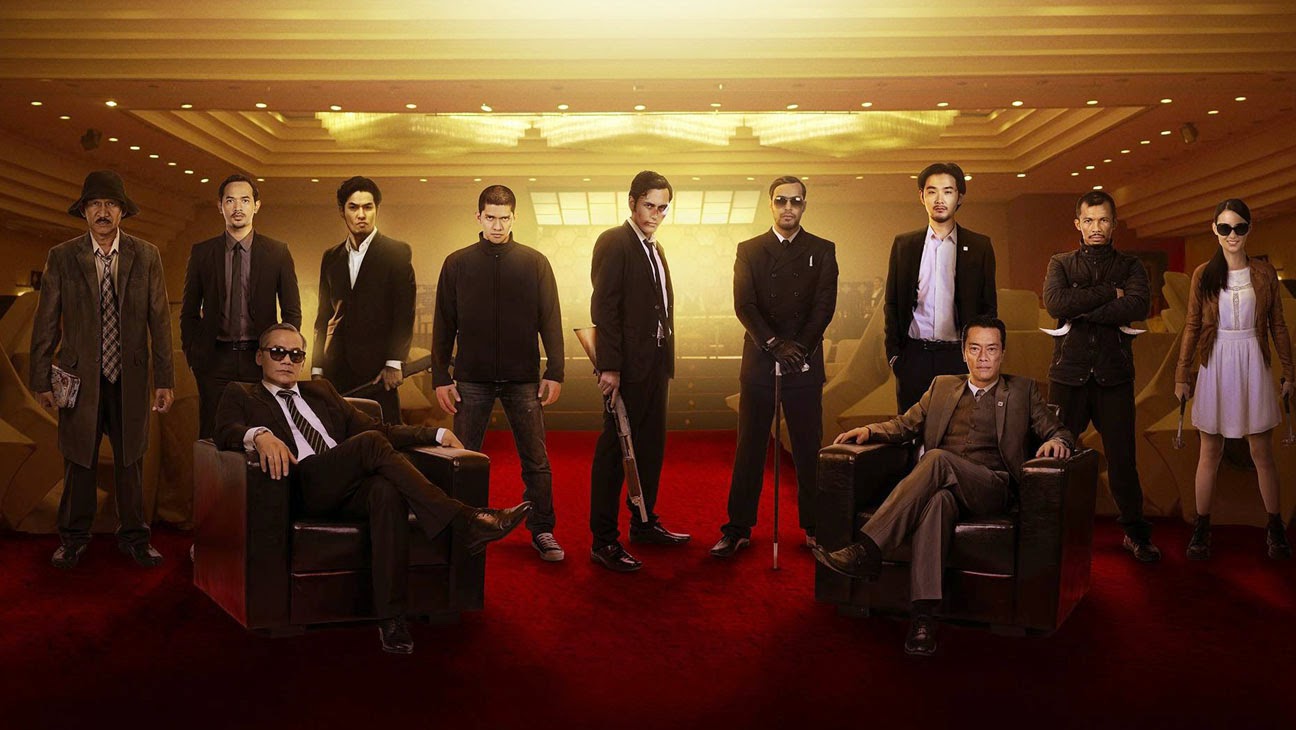 News filtered through recently about the apparent banning of the film ‘The Raid 2: Berandal’. The film itself is a sequel (obviously) of a previous film, which I reviewed here. The first film was very famous for its inclusion and exhibition of silat and various other forms of martial arts. Simply put, it was incredibly violent and excruciating to watch in parts (though somewhat perversely, that was a part of the attraction).

Coming back to the point, though, the news that came through is of the second film being banned. Being the sequel, I think that the filmmakers and main star Iko Uwais would be under some pressure to outperform what they did in the first film. In short…plenty more of the gore, blood and violence.

That’s fine, though. Nothing wrong with that in many respects, but let’s just say that if the film were to be banned in Malaysia, I would not be entirely surprised.

However, let’s have a closer look at the reports. Though it was reported by Cinema Online, there is little by way of official explanation as to the fate of the film. In fact, if anything, there’s little evidence to suggest that the film was actually banned (it wasn't screened on time, but many films have failed to screen on time as according to various promotional materials). All the supporting comments used to somewhat validate the article itself come from random moviegoers who may not even exist.

I went online, and did a bit of research using my best friend, Mr Google. Sure enough, though I clicked through a number of different articles, I failed to find a source credible enough to truly put this issue to rest.

The point I am making here is not that the film should or should not be banned. Personally, I think it would have been a great ride, a freer reign granted to Gareth Evans and Iko Uwais to truly be let off the leash and show what they’ve got. Given the international cult following the film has garnered, I also think that the budget may well be inflated more than just a bit to truly wow everyone all over the world. I do not believe that such a film should be denied its rightful screening; after all, what is a film without an audience?

The worrying thing is how much people are willing to believe anything that appears to validate their own point of view. Unsubstantiated claims made by unofficial sources without much by way of credit or even credibility are given precedence above all else simply because it fits with our worldview. And on we go, posting on our Facebook walls or reblogging on Tumblr post that reflect what we think. Whether that’s wrong is probably a different story, but I think where we could err less would be to critically think about the source and credibility of any story we pass on to others. Too often, the sensationalism of any item overrides the part of the brain that should be asking “How real is this?”

A similar situation could be seen with the disappearance of the MH370 flight. Everywhere on social media, so many people are more than happy to pass on fake adverts of Malaysia Airlines advertising their services and wares without giving two seconds to consider its truth or otherwise. Should they be proven wrong…well, it’s only a Facebook post, isn’t it?

Wrong. We are the stories we are told and tell, and the more repeated a story is, the more validity and currency it gains. Hell, even presidential candidates are believing it. It does not automatically become the objective truth, but it spreads like a virus, infecting the minds of the already infected, the minds of those who only believe what they want to believe. A story, any story about the Malaysian government trampling on the rights of the small people to watch a movie fits in their narrative of an uncaring authority.

Whether it is true or not, I think we should start to consider how the truths of our world are validated. I'm pretty sure I'm not going to leave it in the hands of a lazy, uninformative article backed up by flimsy quotes from unverified sources.