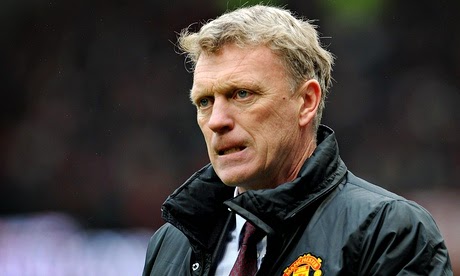 How the mighty have fallen.

I watched the match with my friend, sitting comfortably as we were at Oldtown White Coffee. It was a match one had been looking forward to for a while, but I did not expect that we would capitulate in the fashion we did.

As Suarez rifled in the third goal of the night (daytime in England, of course, but witnessing the match as we did on the other side of the planet, I am inclined to use that present as the marker), I felt a certain sense of deflation. The Liverpool fans, likes hounds smelling the blood of a certain title chase, enjoyed digging their teeth in ever further, letting loose the two-decade wait to have the sort of consistency that gave them the right to swagger into our home and piss all over the furniture.

As much as I did not like it, it was not a bunch of points undeserved. On the evidence, Liverpool have performed way above what was expected from the start of the season, and it was a fine display of footballing prowess…the kind that was usually served up by us.

However, this season has been one of transition. I had expected it to be as such, though I didn’t expect us to be all that bad until now.

All the same, my stance on Moyes have remained largely the same. I had written that his lack of big game experience at the highest level may count against him, and I have to admit that that has proven to be true in so many ways. However, there is also only one way to get experience at any level.

He has gotten many things wrong, but I do believe that with time he will get many more right. I think his biggest mistake was to let go of almost the whole backroom staff who had provided much of the silent support the strong foundations for the United machine had been built on. I would think that the likes of Rene Meulensteen, Mike Phelan and Eric Steele, amongst others, would have provided the continuity and stability that many were looking for. The much maligned Ed Woodward pulling strings at the top level in the boardroom also appeared to lack much of the big game experience provided by David Gill.

As such, many things are very different from what they were before.

Bringing in his own backroom staff, as well including an inexperienced coach in Ryan Giggs (it can’t be all that comfortable for Giggs to be coaching his own teammates as well, can it?), means that he is very much trying to be his own man. However, thus far in being his own man he has crashed and burned spectacularly. I believe, though, that this is the experience that will stand him in good stead, because I do believe that he will get the hang of it. It may be blind faith, it may be misguided belief, but that’s what I believe. During our lower ebbs in previous years, I find it much more rewarding to believe rather than to turn on the team and the manager. For whatever reason, he retains my full support in carrying out his job.

Furthermore, the selection of managers available for the job should Moyes be replaced is a lot slimmer than you might think. Names such as Jurgen Klopp, Antonio Conte and Louis van Gaal have been thrown into the hat, but I do believe that they are fanciful notions that are not practical in the least. I love all of them for very different reasons, but the fact remains that they are flights of fantasy. Klopp and Conte are too married to their current teams to leave, while van Gaal is a very short-term option who may do well, but for a team looking for long-term stability, he may not be the best of options.

The same applied last season. So many people have derided Sir Alex Ferguson for picking David Moyes over Jose Mourinho, who was having a very fractured relationship with Real Madrid. I think he is an excellent manager, one who will stay for long-term at the right club (though his track record does not quite suggest that, but that’s history for you; they only say what have happened in the past, rather than what will happen in the future). I also think that there is a very specific and clear reason why Rafa Benitez, appointed by Chelsea last year to replace Roberto Di Matteo, was named the interim manager. I believe that’s the first time such a high profile coach was appointed as such by a high level club. I believe that the reason for that was because Chelsea very much knew that Mourinho is already in their pocket. Given their close relationship, I suspect Ferguson knew as much as well.

The only other viable alternative at the time was…Real Madrid’s current manager, Carlo Ancelotti. He is clearly someone who was coming to the end of his tenure at his then-club, and there was little indication that he was to step into the hotseat at the Bernabeu. As such, I think he would have been a very good option and choice. My friend suggested that Rafa Benitez would have been a good choice, and I figured him to be someone who has achieved much of his success with teams not quite at the top level (with all due respect to Liverpool at that time). The difference between him and Moyes, I believe, was a few million quid here and there, though having said that I do think he is a very good manager as well.

So Moyes it is. And Moyes, I believe, it will be for the forseeable future. I think a full and proper transfer window and another year is a better indicator of how he will do, before a final assessment can be made.

Just get him away from the mic. The more he speaks, the more he doesn’t sound like a manager of Manchester United. That’s the one thing I hope he will grow into very, very soon.
Labels: carlo ancelotti david moyes faith fikri jermadi football jose mourinho manchester united