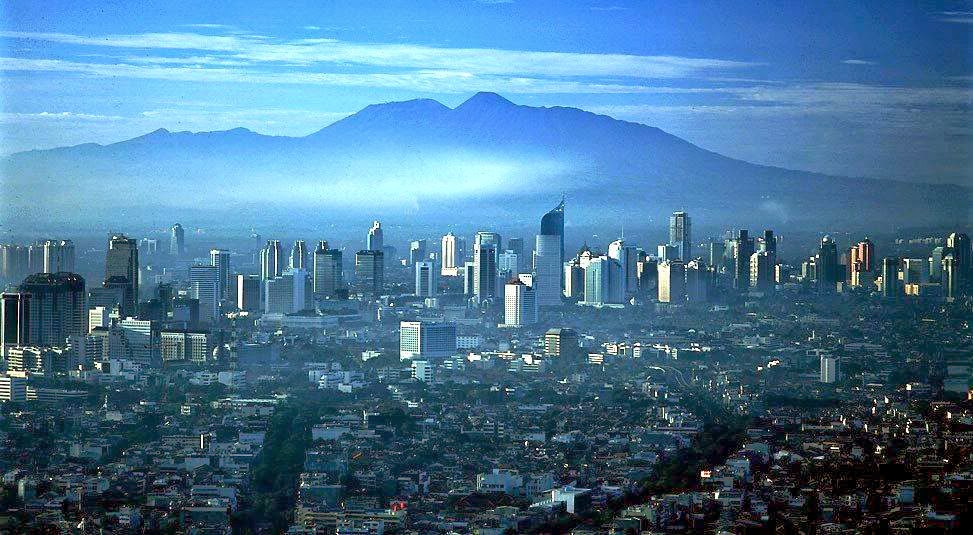 I sit here, looking out at the wonderful steel city that surrounds me. In the distance, the bustle of the crowd and quietened down. It is a Saturday night, but one that is winding down rather than up.

I look across the table to my wife. We had just caught Baz Luhrman’s ‘The Great Gatsby’, a wonderful film that challenges certain storytelling notions many many not necessarily consider. The main character of a certain film is almost often considered to be the protagonist of that same story as well. The truth, however, is that they are not necessarily the same, and every once in a while, I appreciate a challenge to conventional notions that…well, that no one truly care about.

Having finished our dinner, ours is a pleasant conversation, one of discovery. I listen to her as she talks about this particular restaurant, and its previous reputation as one of the hottest weekend spots in Jakarta for quite some time.

Interestingly, she talks about how Jakartans (and quite possibly, Indonesians as a whole) have a tendency to stick only to the most popular of things. According to her, they are likely to patron an outlet that is considered to be popular, willing to even wait in line for some time for a seat or table to be available. This restaurant was one such outlet.

She also talks about how, after a certain period of time, the lustre of the new wears off. Once that stage is reached, it is almost certain that the business will definitely lose customers, no matter what it does. I know, we could hypothesise the same about any sort of business in any sort of country, but the most interesting thing about that was how everything was presented as a popularity contest of sorts, a chase for celebrity.

No matter the food, no matter the service, the kind of Jakartans she is talking about is interested in the new, and follows this almost religiously to the point of outlets closing only a few financial quarters after having been the most popular kid on the block. Some of them would reopen or rebrand themselves, catching on the newness once again, adding a sheen of polish to the venture and riding it to further revenue, if not profit, but others would disappear altogether.

Why, though? Why would it get to the stage for such a desire of newness?


Here’s the thing. In many places, I suspect the willingness to brand or rebrand ourself is based on the desire to create distinctions. We are like this, because we are not like them. We are hipsters, because we reject the mainstream. We are opposition supporters, because we are not confirmists. On and on it goes. Of course, there are a lot of holes in that particular school of thought, so much so that the roof would leak at the slightest hint of rain (I believe that it is just as possible for you to define yourself based on who you are, rather than who you are not), but here, the rebranding of the self, the discovery, even, in many respects, is tied in to the creation and the production of the image.

The image of trend and cool becomes the reality of trend and cool. Ours is now a society where who we are is as much defined by ourselves as it is by the image we create. By the food we eat (and post pictures of on Twitter), by the football teams we support (and post pictures of on Facebook), and by the celebrity we meet (and post pictures of on Instagram). The school we attend, the language we speak, the television programmes we enjoy…all these are options that can be clicked and identified on Facebook at our whim and fancy. In that regard, we are not so much informing the world that we are interested in this programme, but instead, we are (re)creating a new form of identity, an image, that will ultimately be seen as the reality. Why? Simply because everybody else does it too.

The (im)age of the present time is one that is most interesting, as records of many sorts (especially of the pictorial kind) is being created almost every second by someone, somewhere in the country. A recent social experiment of sorts sees Petaling Jaya placed as the 5th selfiest place in the world. This is a place that is not particularly big in geographical area, but it is populated by many of the more affluent members of the Malaysian strata.

Why is that relevant? Because though Malaysia and Indonesia differ in many respects, there are some things that hold true. One of them, perhaps the most defining of them all, is how the creation of the (im)age is not something that is to be taken lightly anymore, not merely a fancy hobby one considers on the side, but as a form of identity formation that should be thought of in a more critical manner. It is this fashion, the doing and the visualisation of the seeing (we can only ever take pictures and immortalise those through what we see), that is not just the trend, but the way many of the important segments of society see themselves.

Nobody wants to be with the old. As such, the old sees fit to recycle themselves to fit with the new, for being seen as such is as such, an image that is the reality for good…for now.
Labels: fikri jermadi hashtag city jakarta post modern reality trending