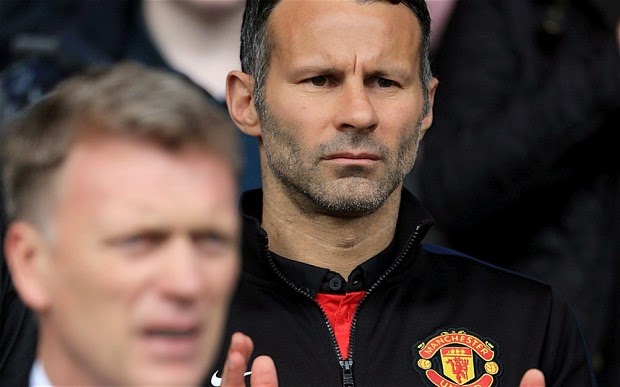 And so it ends at the beginning.

David Moyes, once considered one of the brightest talents in his field, was unceremoniously sacked from Manchester United after a comprehensive defeat to his former team, Everton, at his old stomping ground Goodison Park.

It was the good work that he did for over a decade to ensure that Everton not only remain in the Premier League, it was also his tendency to punch way above his weight. Finishes in the top half of the table were sometimes further elevated by their willingness to give one or two of the big boys a black eye. His ability to achieve all of that continued success year after year on what must have been budgets of depreciative value (in relation to their direct rivals) stood out, making him a prime candidate for a level above.

Perhaps, then, the ascension to the biggest vacancy in world football came a little too soon. He had many years of quality experience in a tough and relevant league, but Manchester United being the beast they are (and were; we’ll get back to this in a short while) is not one willing to wait for its own success to be continued. They may have been lowered expectations and objectives, but it is patently clear that they were not being met.

I have previously written here and here about my belief in David Moyes being able to turn things around enough to ensure that he can at the very least maintain a challenge on a consistent enough basis over a number of years. I noted a number of similarities between him and the alpha elephant in the room Sir Alex Ferguson. Going beyond that, it should also be noted that while he did indeed splash a lot of cash, they were essentially two different additions made to a squad in need of further reinforcements and refurbishment. However much the money spent, it does not compensate for a team that has grown fat on its belly, perhaps somewhat contented with the recent level of great success.

Unfair comparisons were also made with other managers who have made it a bit more of a fight this season. Brendan Rogers have been praised (and rightly so) for his achievements this season. Roberto Martinez, too, have been lauded for bringing Moyes’ old team Everton even higher up the table. We should, however, remember that Rogers is in his second full season as the manager of Liverpool. His first season was not all that convincing either; though there were no appreciable drop in quality, they did finish seventh, and he did not immediately bring the Reds up the table. Barry Glendenning of The Guardian had even compared Rogers to a snake oil salesman, given how he appears to be a man who has somehow managed to trick everyone to give him one of the biggest jobs in the country, based on a single season of (admittedly excellent) top flight record with Swansea City.

The same goes for Martinez, whose ability in coaching the players he had at his disposal is very impressive, but we should also remember he has managed the loan market very well indeed, hoodwinking his rivals by bringing in Romelu Lukaku on the final day of the transfer window. His other loan signings, Gareth Barry and Gerard Delofeu, were also players of good quality. However, a longer term vision is clearly required when these players are to officially return at the end of the season (I say officially, because rumours of Barry signing on permanently with the Toffees are fairly realistic).

Moyes had players with bigger reputations to manage, but he did not have enough time to truly grow into the role as others have had the chance to. The constant scrutiny at a club like United must have been incredibly uncomfortable. The continuous leaking of news from the grand old club can’t have helped either. When Sir Alex Ferguson first arrived, his earlier years were marked by such whispers along the corridors, whispers uttered by those too scared to make their faces known. He made a note of this in his earlier autobiographies, and his success at changing the culture of the club cannot be sniffed at. However, it appears that it has only suppressed it for the duration of his dictatorship, and Moyes failure to get to grips with managing as big a club as Manchester United sadly undermined him.

There were other factors, such as the underperformance of players who would usually perform at a higher level, and Moyes himself did not help by not really sounding like a confident Manchester United man even from the very beginning, but like I said, a little more time, a little more opportunity under more settled conditions would have made for better clarity as to how Moyes truly envisioned his own Manchester United team.

As it stands, he is no more, but Ryan Giggs is now it the hot seat. I remember watching him play against Norwich City some years ago. Having come on as a substitute, he promptly gave away possession in the centre circle, allowing for the home team to score the winning goal in that contest. The following day rumours of his demise as an effective player at the top level intensified. Right now, he becomes only the second ever player-manager for Manchester United against the very same opponents who were supposed to have provided the final nail in his playing career coffin.

However, I think it is not without irony that as Giggsy prepares for his first managerial contest, the former Barcelona coach Tito Villanova passed on. He was not the most popular of choices to success Pep Guardiola, but his success in attaining a record number of points to win La Liga last year shut people up for a while, and it is only his battle against cancer that took him out of the game. He has now in a better place, and my sincere condolences I wish to his friends and family.