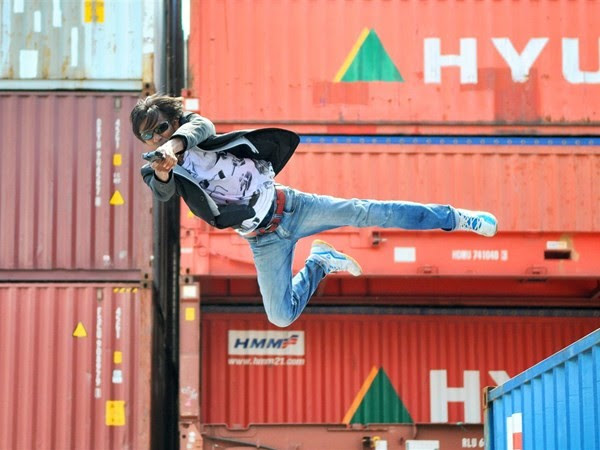 "Do people actually really do speak like that, or is Syamsul is continuing the fine tradition set forth by Yusry KRU in removing the film from the context(s) of its production? It feels unrealistic, but then again, realism is probably not what they’re aiming for when they made this film. Let’s just say that I’m glad for the presence of the English subtitles peeking through at the bottom of the screen (though there were parts when the characters were going at it full tilt, and there were no words coming up to translate them. Perhaps the transcriber/translator had given up at that part)."