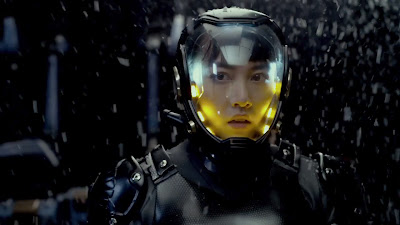 "This movie serves not so much as something completely and utterly new, but as an homage, as a self-aware text, as a film that does not in any way seek to be taken seriously whatsoever. It has the Asians deifying the White People, but it knows that. It has the Americans coming in to save the day, but that’s OK…it’s played by a Brit, in a film featuring other Brits directed by a Mexican."