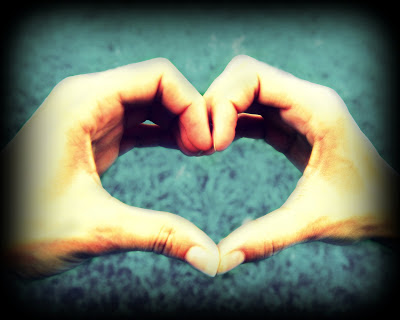 I walked out from the hall, feeling satisfied. It had been a good night, spent with friends and pretty decent food. My friend had gotten married to her fiance, and I was happy that she thought enough of me to invite my wife and I along. It was a lovely evening spent with people, some I’ve not met in over ten years, but I spent a considerable amount having a look-see at the place itself. I have yet to organise the Kuala Lumpur reception of my wedding, and of late, the wheels have started turning in my head, thinking more and more about suitable times and locations.

“How much you do you reckon this place would cost?” I asked Evelyn, my friend’s girlfriend on the way out. She had earlier commented that I seemed to be in very deep thought at some parts during the dinner, and I deflected that with some very bad jokes, and a hint of the truth (that I was observing the people. Which is true. I can't rework the world the arts if I don't have a better understanding of how it works).

“I don’t know,” she started. “You’re going to have to ask Jiun that. But usually the guests themselves would help to cover the cost for the wedding, right?”

She was right, for it was a Chinese wedding dinner. The tradition for such events is for the people attending to be contributing a considerable-enough sum of money. Some would give a bit more, depending on how close they are to the married couple. Others would look at it as a way of paying for the dinner to be had that night, and give a sum somewhat equivalent to that. That was what I did last night.

The main idea, I suppose, is that the money eventually collected would help to at the very least cover for some of the cost of the event. It appears to be the standard for many such receptions to be held at fairly upmarket venues such as Park Royal Hotel. Such places are not necessarily available on the cheap, and as such, any sort of monetary contribution, I suppose, is gratefully accepted by the hosts. It is, on some level, an example of a community, my friend’s community of friends and family, coming together and helping each other out.

Except that, to get back to Evelyn's point, I can’t really count on that kind of help.

Such traditions are traditionally associated with the Chinese community in Malaysia. I am not sure whether it runs through other such communities across the world, but the point I am trying to make here is that I am not. Chinese, that is. I am, by the official definition of the state, as well as the ideological state apparatuses I have been exposed to and conditioned by, a Malay.

Malay traditions are different, at least in this context. In a way, you are very much on your own when it comes to the accumulation of capital for a wedding. The money comes largely from you, and guests attending are not usually expected, at least not traditionally, to impart upon you some of Bank Negara’s finest paper products. The signified of these signifiers would instead be transferred to other things; from my experience, mattress sets are fairly popular. Some of my other friends had complete kitchen and utensil sets. It symbolises, on some level, the building of a new household (and, possibly, in the case of the mattress sets, the comfort to be experienced when the next generation is being made).

However, while money is still something very rare, what you do get is the entire community coming together to support the host family. For my Penang reception, my mother's side of the family all pulled together, from my aunts who helped to cut up the flowers properly, to my cousins who helped to piece together the door gifts accordingly. One of them is Boboi, who was, as it turns out, due to fly out to New Zealand to begin a whole new life out there about a week after my reception. Yet, there he was, beavering away in the days leading up to the gala night itself. He had a legitimate reason for minimising his own involvement in the event, and yet he was there, supporting, pushing, and helping wherever he could help.

Perhaps, then, time and money could not really be equated together as much as many others may like. The time spent doing this would also be something that helps to bond us. It brought me closer to some members of my family, and this is something that was important to me. I still had not spent as much time as I had wanted to with certain members of my extended family, and while I did not fully maximise the opportunity this time around, the very fact that the opportunity itself had arisen was testament to the communal strength in place.

Of course, certain parts of the above rumination was made with a very limited and exclusive example used to illustrate certain things. Perhaps there's a lot more that I had failed to consider, but that's alright, because I did not necessarily wish to offer a conclusive conclusion to this. Rather, instead of looking for a definite ending, perhaps a more subjective consideration of the relationship between time and money could be done.

We say that we spend time, and we spend money. Nevertheless, despite the difference in the actual support being given, such structures of support is indeed in place. Whether through time, and through money (and through other means beyond these two), the objective is the same, whichever sets of families or friends come together. It is to wish the bride and groom a happy beginning to the start of this journey.

Having recently been a part of it myself, not just as a guest but also as a groom, I can't even begin to say how much it all really helps.