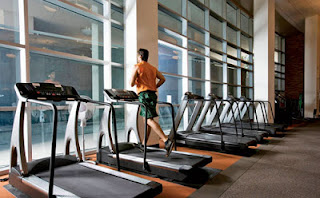 I’m a slave to the numbers.

I look up, and I see the numbers. They inch ever closer towards the target, the target that could make me rest easy…or could it?

The closer I get, the more I step up. I plant my foot forward, one after the other, stepping faster without ever really getting anywhere specific. At least not geographically.

In my mind, in my beating-faster-by-the-minute heart, though, it is a different story. Each target reached is a sense of satisfaction, a vindication that washes over me. These are big targets, big numbers, but I don’t reach them by looking at the mountain top.

How many kilometers you’ve run. How many calories you’ve burned. The numbers on the weights you’re lifting. The reps you’re doing. These are all numbers, and they are big numbers, but I can’t do the big numbers. I see others lifting heavier weights than I do, and while there is a sense of envy, my mind is focused on other things.

The things that I can do.

On the treadmill, I have, for example, a certain target number of calories I wish to burn. Let’s say 500. I jack the machine up to the highest incline possible, then I’d walk at a pace of around 5km/h. There are different settings on the machine, but that’s what I play around with.

I start of with that, and continue until I reach around 100 calories. When I’m nearly there, it would probably have taken me over 5 minutes. Great. We’re dealing with rough estimates for now, because the specifics come in as you do. The target is 100 calories before I either up or down the speed, depending on my mood.

However, there are other numbers there. I’m on 97 calories now, but hey, it’s taken around 6:20 minutes to get there. Let’s keep at this speed until 7:30. How about that? Not so bad, only another minute of stepping or walking. Fair enough, we’ll go for that.

And so I go. As I am about to reach 7:30, my eyes search again for another number, or more specifically, a new target. It’s around 0.8 km now. Keep it up for another few minutes to get to the round number of 1km? Yeah, that sounds alright. And so I do.

Later I glance at my calories being burnt, and it’s inching closer towards 200.

I see the numbers, the possible points of attention that I could look at. However, there is a difference between keeping my mind busy with all of that, and picking a number, a target, and then aiming for it. Everyday is an improvement, or at least that's what I aim for. A few more pages in the book. A few more papers marked, a few more words written.

I can’t look at others and use them as the target. Envy and jealousy are two different things; some explain this as me not caring. It's more to do with the realisation that I am on my own path, and others are on theirs. As long as I keep moving forward, one foot after the other, I am bound to go far enough down my path to feel that sense of satisfaction, that vindication.

I often berate my students for being a slave to their numbers. In this case, it’s not really a matter of calories being burnt, but the marks given out for their respective assignments. It is a fallacy that such high stock is being placed by many in such numbers, but that is the reality I have to face with. I use it as a carrot, but at times the carrot becomes a stick, to keep them moving forward.

I hope that they realise that it is not really about the numbers. I openly admit to being a slave to them in this context, but the numbers ultimately mean nothing. The calories I burn, I call it bullshit calories, because I hold on to the machine when I am on it. Moving at such a high incline, you would have to be superhuman to not do so.

I do it because I am not superhuman, and that gives me the numbers. However, the numbers do not predicate the sense of happiness I feel, for I realise the superficiality of this system. It does, however, help me to measure how far I am going, the size of the step taken forward. It helps to break things down into more manageable pieces, to ultimately help us conquer that mountain top.

We are all on different paths. The important thing, I feel, is to keep moving forward in our own ways. However big the targets are at the end, there is little that we actually literally can’t do.

Nike got this right. We have to be patient, but ultimately we just have to do it.

One step at a time.