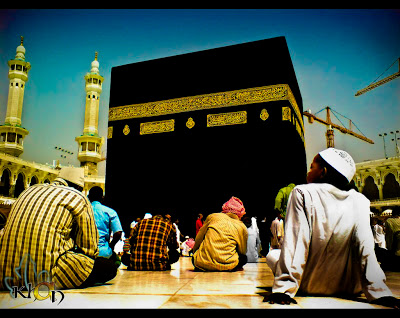 “Keep the faith…keep the faith…” crooned Bon Jovi, gripping the mic ever harder. He leaned backwards, further extending himself to bellow the final round, the money shot if ever the singing of a certain part of a song could be described as such.

Bon Jovi were such icons for the working class. They have outgrown that now.

I drove up to my grandmother’s house. It has been some months since I last visited. It wasn’t that long, truth be told, but the gap prior to that had been even longer. This time around, though, this trip is somewhat necessitated by more urgent matters.

The last time I had left, she had a lot of difficulty moving. Quite frankly, it was one of those times I lamented further the divide and pressures between my professional and personal life. The decisions I made have defined me, but the person defined is not necessarily someone I would recommend.

Simply put, I could have been a better grandson. Circumstances within a more contemporary context means that my family is spread out far and few in between through the country; though I am now back in Malaysia, the difference felt in terms of familial relations is smaller than you might think. At the end of the day, more often than not my mother is little more than a voice on the other end of the line.

And my grandmother’s. As I said, a previous visit left me feeling some sense of dread, and as I called out her name outside her house, I was wondering how she would have developed as the weeks turned into months.

I shouldn’t have worried.

She walked up to the door, sprightly as ever, and was unlocking all the doors and gates in a fairly rapid time. I still could not quite get over this mini-shock I was feeling. I know that she had gotten some help from some ustaz somewhere in the vicinity, but I was still unable to register the scenes unfolding in front of my eyes, literally, as she hugged me close and tight. It was a warm hug, warm with love.

As we sat down inside, she had made some tea for me. I notice another pot closer to her, though, with a big, black block of…something. Unsettling? Not quite, but I was curious all the same. “Itu apa tu?” I asked. “Oh, tu Ustaz yang bagi,” she said. Anything that an Ustaz would give, a man with apparently considerable religious knowledge and experience, is generally regarded as ‘safe’ in Malaysia. The fear of even being seen as criticising religion and/or its practice is so strong, it can be overwhelming.

Nevertheless, while that may be the prevalent public view, my questioning mind works slightly differently. I was sceptical, perhaps a product of the environment in which I had been shaped and defined. I asked further as to what the block could have been made of, but my grandmother seemed content to not answer my questions in the way I would have liked. I’ll get an answer, but it may not be what you’re looking for.

What I was looking for, and what she had sought, though, are not necessarily the same things. We had the same end objective, in the sense that we both wanted her to get better. And soon. However, in my sceptical and questioning state of mind, I had allowed Reason and Logic, two of my very good friends, to trump the Gut and Feeling. My grandmother went the other way, leaning more towards the latter two, but she went with another, older, perhaps more favourable friend: Faith.

I don’t know what is in that block. I highly doubt whether the very origin of its concoction is something my grandmother is truly aware of either. Now, though, she turned to faith and Faith, and by that time she was moving as sprightly as I could remember.

What do I say to that?