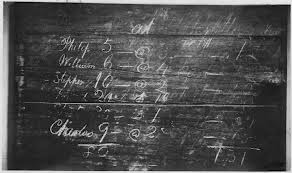 Teacher’s Day came and went last week, and it was the first in which I’ve gotten large scale wishes and greetings from my students. I take that as a fairly positive sign, but for obvious reasons I still have a long way to go.

Setting me on this path here, I must first admit that I never really thought of myself as a lecturer. It certainly has never been a stated ambition of mine, the majority of which largely resided in the area of making films or something related to it.

However, though I consider myself to have stumbled into the profession by chance, and while I still see myself as a storyteller and filmmaker first, I must admit that this is a fine profession that has been a delight for me in so many ways.

To that end, a lot of the people who have done something fairly positive in influencing me in this way have been my own teachers and lecturers themselves. This started right from the very beginning of my memory on my education career itself, with Cikgu Soraya who helped me out tremendously in my studies while I was in Standard 1 or Standard 2. She was a lovely lady to whom my mother sent me for tuition even after school.

Strangely enough, I can’t quite recall many of the teachers I had when I moved on up in my primary school, apart from Cikgu Soraya. Things changed a bit more, when I moved to another school, Lyndhurst Primary, and was assigned to Mrs Buchanan’s class. The system there was that each class is basically a group, and each group has a teacher who basically teaches everyone everything. I remember being moved up to another group temporarily, led by Mrs Read, who actually did not do that much reading in her class. I didn’t enjoy this class as much, for some reason, even if the cause for my moving was for positive academic reasons.

For some reason, there was an occasion for us to have a little chat about VE Day, which by that time I had no freaking clue about. After everyone had gone, Mrs Buchanan sat down with me and explained what the whole thing was about. Such a lovely lady. And to think that I had pronounced her name as Buck-a-nan (it’s supposed to be Bew-kahn-an). Orang Melayu lah, katakan. Our headmistress at the time was Mrs Temple. My sisters and I (and my mother as well, it should be said) had fun pronouncing it as Tempel in a very kampung way.

Moving on to the main reason why I never really was much of a lady’s man (because it can’t be because of my good looks and charm), Forest Hill Boys proved to be a proper making of me. It was not all that shabby in many respects, but it was populated by more than just a number of boys who thought of themselves as pseudo-gangsters. I laugh now, but it was not all that pleasant a memory, but I was lucky enough to have been given the proper guidance and education by a large number of my teachers there.

One of the most memorable personalities of my years there has to be Mr Pinfold. The name itself was hilarious in a way (my imagination worked out a pin being folded), but he was an amazingly wonderful teacher. He speaks with a similar tone and voice to James Richardson, the former Football Italia presenter on Channel 4, and he was also very patient with us while remaining very good humoured on a number of occasions. He was not, however, afraid to be strict when the time calls for it.

Unfortunately, memories of Mr Pinfold also brings with it Mr Buzec, my former history teacher. He went missing on a hiking expedition sometime in 2000, and he was never found, as far as I know. He was a good teacher, but it was a fact further exacerbated by the fact that he supported Nottingham Forest. Given their general lack of on-field footballing success, he took more than just a few sticks from us on that front. This was around the mid-90s, when, despite their early successes of the earlier part of the decade, selling off players like Roy Keane and Stan Collymore did not help with the team at all. They got tonked 5-0 by Manchester United once, and the next day he was sheepish, to say the least. “Sir, you know that Nottingham Forest is on top of the table, yeah,” said my classmate Perry Clifford once, “if you turn the table upside down.” He had to laugh. We all did.

It was Mr Buzec and Mr Pinfold who took my friends and I on a school trip to Aberystwith for a week. I was not keen to leave home, because I had just managed to work out how to work the tractor beam in Wing Commander 4 the very night before I left for the trip. It was very frustrating to begin with, but I soon got into the swing of things.

There were a number of very interesting activities being done, though that was said with the benefit of hindsight and experience; at that time, abseiling and walking through the freaking forest in the middle of the night weren’t exactly our idea of fun. It wasn’t helped with the very immediate bout of homesickness I experienced on the final night. Strange that. My friend, Steven Buss, had his on the first night we were there. It was the first time I had gone away for a while without my family, ever. I suppose it might have been the same for him.

Killing time, we spent it playing games like hangman and stuff. Once, someone listed out the spaces for the capital of Scotland. We nearly got it, but Perry stepped up, confidently proclaiming he can do it, and proceeded to spell E-D-I-N-B-R-O-U-G-H. Wanker. I, the humble colonised subject of the British Empire, stepped up to the plate and showed them how it was done with E-D-I-N-B-U-R-G-H.

We had a science teacher, Mr Debba, a bespectabled, balding man who undoubtedly loved the science, but of course, that made him a prime target for some fun from the boys. His room was room 260, and he had a tendency to say it in a very funny way. My friend Eser Bayraktar once said that if he could, he would probably make love to the number 260. Well, maybe he did not, but it certainly sounds like something Eser would say.

Once, Clive Grant, a pint-sized gangster wannabe if there ever is one, was penalised for something, and Mr Debba asked him to stay back after school. Unusually, he did not say the number of the room beyond the “See me after school, Clive.” Clive, knowing full-well how the game was played, pushed the buttons. “What room, sir?” “You know what room.” “I just want to know, sir.” “Room 260.” Cue widespread laughter in the class. Fairly naughty boys, we were.

And then there’s Mr Lawrence, someone who had no qualms about saying the word ‘fuck’ in class. His classes were very relaxed, but then again, they were usually related to literature, so that helped. It was in his class I was first exposed to Benjamin Zephaniah’s work, which seemed somewhat revolutionary at that time.

Also, he was a lecturer who also spent a lot of time in class fooling us up. Once, after we had packed our bags and was ready to leave for home, he insisted that there is a word we had to search the definition of over the weekend. Somewhat audibly dejected, we took off our bags, took out the daily book, and prepared to write the word. He started to spell it out. “Y-O-U-P-L-O-N-K-E…” The final letter was drowned out by the boys’s universal rejection of the word, but we all laughed. He laughed. It was a trick I repeated on some of my students some of the time, and I always think of him every time I do that.

Mrs Ryan-Tucker, a teacher’s helper who went above and beyond the call of duty to actually help us. Mr Elliot, a deep-voiced Yorkshireman with a love for Rotherham United. He became our group teacher in the final three years at Forest Hill, and under him, we enjoyed our times tremendously. He was quick to anger, actually, but it’s not difficult to get into and remain in his good books, as well. Mrs Cranmer, the Head of House (my house, or overall group, if you like, was Harvey; think of the different houses in Harry Potter. In my school, there were Reynolds, Drake and Shackleton, in addition to Harvey), was a woman who wrote in my school leaver’s profile: “Fikri is a fun-loving young man.” It’s not entirely inaccurate, but coming from a senior academic figure in your school, I suppose that says something about you.

Ahh, Mrs Ward. The gypsy, the hippie, the purple lover. Short, plump, and covered from head to toe in everything purple. Even her ink was purple (my dear UiTM students, you now know why). She taught me Maths, and she was actually rather good at it. Unlike some of the other teachers, she gave it back as good as she could, sometimes. Once, Eser had a runny nose, and asked Mrs Ward whether he could borrow a tissue. “Well, you can keep the tissue, I’m not taking back.” Oh my English!

She would also be the lecturer who would famously catch me writing my own graffitti on the wall. It was something of a trend back then, to leave little markings all over the place, saying that “Jason woz ere.” I suppose it highlights our need to show to someone, somewhere that we existed or existed, somehow, and prophesied the coming of Facebook, where we would write incessantly on walls. Of course, the perpetrators were never caught, simply because there’s quite a number of Jasons, Davids, Stevens, etc. in any given school. It was a fact I failed to truly consider as she berated me for my act. “How did you know it was me, Miss?” I asked, as stupidly as stupid comes. “How many other Fikris are there in this school?!”

All of the above were selected memories I remember until now. I could have gotten some of the things wrong. It could have been a mistake, maybe Perry spelt Edinburgh differently to the way I described it above, for example. Nevertheless, these are my memories, and I felt moved enough to share it. It was a long post, wasn't it? If you have managed to stick all the way to the end, then congratulations.

It wasn’t all fun and games, though, and some parts of my own experience not shared here are things that were not all that funny. Ultimately, however, these are the people who have made an impact on me. They are the people who have helped to shape me, and while the list is not quite done, for there are others in subsequent years, I have to admit that as a kind of teacher, I hope that my own students will remember me in similar fashion for years to come.

To have made an impact. That’s all we could really ask for, I suppose.