Heritage of the Mind 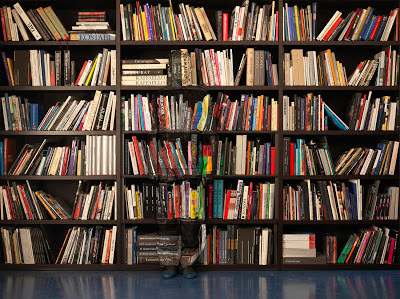 Attending a talk by Yang Berbahagia Tan Sri Dato’ Sri Utama Arshad Ayub, there were some points that Tan Sri raised which I felt warrants further discussion, but I’m gonna stick with one, which had to do with books.

He talked about learning and teaching from a book. Books are wonderful artefacts which serves as a conduit that connects the past and present, the new and old, the wonderful and the mundane. That’s not to say that the mundane is necessarily boring, but of course, many people have strong connections to specific areas they have interests in.

Something like an exploration of storytelling through the application of Aristotle’s three-act structure to contemporary professional wrestling, for example, may appear to be somewhat mundane to others. To me, however, it is goldust from heaven.

But I digress. Books in and of themselves, serves as a medium that transmits knowledge. There are plenty of books in the world, and, just like the films produced in the world, it is impossible to read and know all. Nevertheless, as I have once mentioned before, it is not perfection we aim for, but the search for perfection that will lead us to a higher plane; we may ‘fail’ to reach what many consider to be perfect…but what we achieve is more than enough in many respects.

Plato’s cave theory sees man being chained for a long time inside a cave, with only shadows created through a fire behind him to keep him proper company. He escapes, goes out into the world, and finds that it is not the same as the shadows. It is now his task to go back into the cave and to release the others from the chains of ignorance and enslavement.

Do books do that? Yes. Do practical experience do that? Yes as well. There has to be a bigger understanding in the relationship between the two. They are simbiotic, a two-way street that cannot exist without the other.

Someone asked me recently whether UiTM is a better university compared to Monash. I laughed, simply because what I teach at the universities are incredibly different with different objectives. As a point of reference to further illuminate what I mean, subjects like Media Texts and Contemporary Television Studies, with their cultural studies approach, is very difficult to compare with courses such as Short Film Script and Screenplay, which places a bigger emphasis on producing practical screenplays. Though screenplays and teaching its writing is a lot closer to what I have far more experience in, I well understand the importance of understanding society and culture from the theoretical approach as well; Syd Field and Robert McKee are as important as Michel Foucault and Roland Barthes, as far as I am concerned.

Who are we to place a bigger value and currency of knowledge on one field over the other? What makes us qualified enough to judge whether a certain university or education institution is good enough? Different universities and institutions, just like human beings, have different objectives and approachs, different missions and visions.

It is a very tricky thing to balance, in many respects. However, the reading of books, much like the watching of films, allows us the opportunity to view the insights of others which we may ourselves not consider. Practical experiences, as valued as it can be for some people, are still only predicated on our own perspective. Reading through different books, is, in a way, its own practical experience.

Better yet, read very different books. Like football? Move beyond the Manchester United books, and consider Feet of the Chameleon by Ian Hawkey, a tome deeply researched on African football. Like films? There are more filmmakers to the world than Steven Spielberg, and more industries apart from Hollywood.

The bigger key, then, is not necessarily to stop teaching straight from the book. Rather, it is the combination of different experiences and approaches, including different books, that will help to further inform us not only in our teaching, but also in the learning of life.