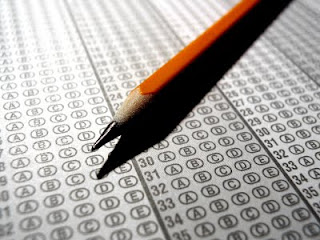 I had a whole post written and fairly ready to go. It touched upon this topic, but it remained saved as a draft, an ethereal digital presence of what could have been. I hesitate to post it, somewhat fearing that in trying to encapsulate what I had written, I would end up alienating rather than unite.

In short, and as a preamble to this one, I recently took the Bahasa Malaysia and Bahasa Inggeris papers as a part of the Sijil Pelajaran Malaysia (SPM) examinations. They are the high school exam qualifications that everyone needs in order to move to the next phase of their life, and I took them for my job required me to have a certain qualification in one of the papers.

It felt somewhat weird in many respects, but it is a good kind of weird. This is always an interesting topic to bring up should I feel that a certain conversation is losing its steam, and discussions of the reasons why I need it and how I found it to be became a catalyst for a range of very different reactions (and somethings, dare I say it, emotions too).

It was weird, because I knew that even if I had not managed to get what I had wanted, life would still go on. The majority of candidates for the papers are at a stage of their life where a good mark or otherwise could basically dictate what the rest of their life would be like, but I am lucky to be in a position where I had lived at least a part of the rest of my life, and so my perspective on that differs.

For starters, I have never really believed in examination papers of any kind to be an accurate indicator of a student’s aptitude. Hell, having gone through the system, and being an active lecturer myself, I keep questioning the methods I had to come up with in order to be able to grade my students.

How, for example, do you grade a script? A subjective work of art, created uniquely and only for that particular context at that point in history and time. Who am I to judge whether their scripts are good enough or not? In the end, I created a fairly methodical system of analysing whether they have taken on board what I have taught them in class, but by and large, the ‘artistic’ side of the work, I have left somewhat untouched.

Coming back to the SPM papers, the methods crafted have had to be even more methodical, due to the sheer number of papers and methods of assesments available. I was shocked at the range of actual papers people can register and sit for, but it was pleasantly surprising; at least on that level, recognition that different fields deserve their due and starts is good.

All the same, despite my own personal reservations, I went through the system itself, and it was a pleasant experience for me. Again, I note that my own perspective is different, and that this is not a reflection of the experience of others.

In certain things, however, I notice that our ability to overcome certain questions or obstacles is dependent upon what we are like outside of the classroom context.

Let me give you an example. When I first returned, my ability to speak and use Bahasa Malaysia was weak, to say the least. I literally could not understand what a lot of people were saying a lot of the time. Of course, conversely, my English was fairly good, but even then, it was too good. Liberally laced with more than a hint of Cockney, people were not able to understand me.

That was arguably one of the first lessons in language I learnt, as it dealt largely with the perceptions. Quite frankly, I was coming off as a posh tosh, a Mat London, a peanut that had forgotten its shell. That’s not entirely untrue, but all the same, it wasn’t an impression I had wanted to keep.

So I initiated what is called the Projek Sentuhan Akar as a way of getting in touch with my roots. This would be a fun little thing I would do on the side of everything else, and it would involve me translating songs directly from Malay to English and vice-versa. There were other, more boring things, like forcing myself to read Malay newspapers for a week or something, but it was a fun thing that eventually turned good for me, for if I have not done that, then there would have been no way I would have been able to even attempt the SPM questions.

Once, a cousin called, and his was a number I had not saved in my handphone. Unfortunately, at that time, something else was going on, and so I promised I would get back to him later. Trying to confirm his number, I said, "Fakhrul, nanti Hakim selamatkan nombor Fakrul, OK?" My mother and sisters, being present, took good advantage of that, and laughed their asses off. "Hakim, bukan selamatkanlah, simpan!" I had literally translated the English word for save into Malay, which is still selamatkan, but the context is very different. I had used the save for 'saving someone's life', instead of 'saving someone's phone number', for example.

It came in handy in answering the questions, but of course, that depends on the kind of questions being asked. I find that the most important thing is in whether we are willing to face up to the humiliation of learning something new, of putting ourselves up to asking questions we probably wouldn’t dare to otherwise. The answer, then, to having a fairly fulfilling career, regardless of whatever field you choose to excel in, lies not in how well you answered your SPM papers; if anything, my experience have taught me that it is having the courage to even try, to acknowledge that we won’t be able to answer every single question ever asked, but to try our best to answer anyways.

Simply put, I guess if you are willing to be humiliated and laughed at, I suspect you'll be as pleasantly surprised at what the future may have in store for you.

That, ultimately, is the right answer to any question.