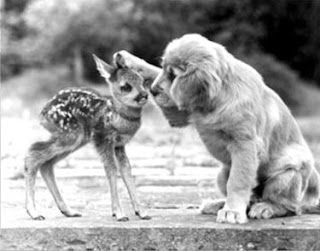 A simple, basic concept that in many respects, is easily understood and communicated to others.

Yet here I lie, reading the newspapers and considering the vociferous language used to denounce others who do not have the same opinions as they do.

Yet here I stay, coming across comments by others written in many different forums and articles. Note: these comments are not necessarily that of the authors, but rather of the readers.

Yet here I sit, eyes peering out the window, stroking Malaka. I see a number of darker-skinned men, possibly South Asian in origin if we were to assign them a particular category. I see them walking calmly down the hill, joking amongst themselves as they do so.

Their laughter rings through the air, infectious in its enthusiasm. I smiled, more a reflection of my lack of understanding of its cause than it’s actual lack of sincerity.

I don’t know who they are. I don’t know who other people are. I am not aware, intimately, of even the most basic of details of some of the closest people in my life. I wonder whether this is the prerequisite for many to consider others a friend, but I am sure that a little bit of credit could be given for my kindness.

The truth is, as much as I would like to see myself as kind, the reality may be somewhat different. The shattering of mirrors and images that reflect what we want to see may not be kind to many, but in that cruel moment, a truth emerges: that we are, in many respects, nothing more than little specks that spends shorter amounts of time that no longer amounts to much.

A lot of my life is marked by football. I will give you an example: it felt like it was only yesterday that I was highly anticipating the opening match of Euro 2012. It wasn’t a particular classic, but prior to that, you would not have known for sure. That sense of anticipation, I still remember.

It felt like it was only yesterday that I was watching the 2010 World Cup. The 2002 World Cup, the broadcast of which occurred right when I was doing my A Levels (it was taking place in Japan, which resulted in more Asia-friendly starting hours). I still remember Pedrag Mijatovic scoring the winner for Real Madrid against Juventus in the 1998 European Cup final. Lars Ricken chipping Angelo Peruzzi on the run in the final before that. My attempts with my Russian friend Yaroslav to replicate Alessandro Del Piero’s classic goal against Monaco that same year.

Time moves ever faster, it seem, and yet with knowledge and experience, the by products of this unseen signified, comes a growing sense of cynicism, and a lack of appreciation for the simpler things in life such as friends, family, and humanity.