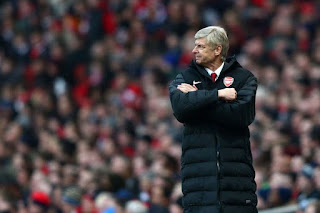 Not so recently, Arsenal Football Club were castigated for a number of somewhat unsavoury incidents. There was the issue of fans having to pay through their nose to attend matches; first hand accounts (and further research) shows that a Champions League match with the still-current European champions are actually cheaper than Arsenal’s matches in Europe this season. Banners protesting this particular issue were pulled down by none other than the police themselves, raising questions of how legal their actual actions were.

Putting all that aside, however, one of the more damaging things have been the contractual wranglings between the football club and one of its leading players, Theo Walcott. Arsene Wenger, a manager famed for his tendency to stick to a more level playing field when it comes to the players’ financial rewards.

All is fair and well, and that is perfectly within his rights; I think Walcott eventually compromised on his original demands, but the point is he signed the contract offered and is an Arsenal player for the forseeable future.

However, Wenger were roundly castigated for what he said at the time. Truth be told, he said a lot of things at the time, but the one thing that was highlighted and played to the death in the media was his so-called socialist model. Reading the headlines and writeups by writers all over the world, Wenger is criticised for his willingness to stick to a socialist model, at a time when many believed that certain players almost certainly deserve something that supposedly reflect their higher sense of importance to the team.

It brought me back to the early part of 2000s, when Manchester United themselves were involved in a contractual dispute with Roy Keane, their then-captain. Once again, Roy Keane felt that he wasn’t offered something that truly reflected his worth, but what he did ask for wasn’t something particularly astronomical. He later made the comment that while he did want to play for more money, it wasn’t necessarily purely motivated by that. “I’ve never seen a coffin with pockets,” was something that stayed with me until today.

I bring that up because the portrayal of his demands then were unsavoury. He was portrayed as a mercenary by some, but of course, that wasn’t quite the truth. The representation, though, can quickly become the reality, and the same thing, I fear, is happening today.

People believe a little too easily the things they hear. A part of this has to do with the strengthening of their respective narratives, that what they happen to hear is something that further entrenches their own beliefs. In this case, Arsenal has often been portrayed as a club that is more concerned with its bottom line than on the pitch achievements.

Therefore, comments by the club’s manager that has the word ‘socialist’ in it is seized upon in great delight, and is used by many a newspaper as the actual headline itself.

Except that it wasn’t true. What Wenger did actually say was that the financial model of Arsenal is a more socialist one. The inclusion of the word ‘more’ is small, but important. It means that while they do lean towards a socialist model, a model that ensures more parity, it does not necessarily mean that they are actually socialist. Nobody is being paid the same amount as everyone else. They are still being paid what the club think they are worth, but the gap between the highest and lowest earners at the club is measurably smaller in relation to their direct competitors.

There are pros and cons to this approach, but what I want us to focus on how the (mis)representation of one thing can quickly spread and become the gospel truth to some. This is something that should not happen, at least not to us. The effort to gain first-hand information and to make up our own minds using the free will we have is a right that no one can take away from us. It is a right that we should damn well remember we have, and it is a right that should be exercised as much as possible.

Recently I watched the Tottenham Hotspur – Manchester United match, when Clint Dempsey scored a last-minute equaliser to deny us the victory. I remember match commentator saying that Manchester United won here to secure the league title back in 1999, the year when we won the treble. Not much wrong with that…

…except that we didn’t. We did beat Spurs in the last match of our league schedule to win the league, with a particularly delicious chip by Andy Cole winning us the league (ironically beating Arsenal to the punch).

But we didn’t do it at White Hart Lane. We beat them in front of a full house at Old Trafford to actually win the Premiership for the first time on home soil.

You have the power and the ability to know more than you do. Use it, question everything (including this), and don’t give others the power to make up your mind for you.