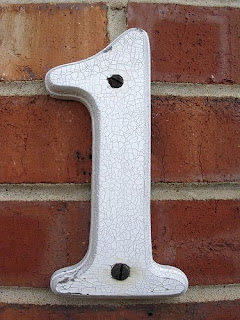 As a whole, I personally think that the 1Malaysia concept is not a bad thing. As I drive further and further into the country, read more and more about the efforts done under the programme, I don’t quite disagree with its notion, and certainly the principles of equality and such.

Neither do I disagree with its execution and existence. Some would say it’s a waste of money, an idea that is not worth the amount of financial compensation paid for it. That’s not untrue, but in the land of slogans and sloganeering, there is a part of me that think it as inevitable. Some say that we don’t need it to begin with, claiming that 1Malaysia already exist in many levels. They have seen it, they have felt it, and therefore to describe it as a goal when we have already scored the hat-trick would be redundant.

I scoff at this notion. Sure, there are plenty of people for whom race, religion and others is not an issue. Being a regular in places such as Sunway, Bangsar and downtown KL, such factors are not necessarily the biggest or most important ones. Unfortunately, to claim that we have already achieved that particular goal merely highlights the lack of breadth and depth in our point of view. In short, there’s just too much baggage in Malaysia, a weight that weighs itself unconditionally upon many in the country. I don’t doubt that there are many who are truly Malaysian in their character and outlook. I also know that our esteemed prime minister is not just the prime minister for the Klang Valley, but for the whole country.

As much as I want to believe that many Malaysians see themselves as Malaysian first and foremost, to allow the land of their birth rather than the government define them, I have second thoughts when I’m asked to “understand lah, she doesn’t really know Malays very well, so don’t think too much of it.”

And let’s get it out there…as open-minded as the KLites may be, half of the girls I have met would rule me out on the basis of the colour of my skin. “I like you too, but your race and religion…” That was the message sent to me on MSN one time, a message I relayed to my friend who had somewhat set us up.

“Hmm,” came the sage reply. “I guess then you just have to accept it. I think it’s because of her family, perhaps, maybe her friends too. There are such pressures, and I don’t think that means she’s a bad person.” Sigh. It is somewhat unfortunate that we live in a mirage of mirrors, keen only for the reflection we want to see, rather than the truth that is truly out there.

So, 1Malaysia may well be something good. It may not be. It may turn out to be a wise investment, or it may be a complete and colossal waste of money. All of those things are still up in the air, in many respects, but I do believe that it deserves a chance to be properly executed, whatever it may be.

In spite of all of the above, I do have one big, huge problem with it. A massive problem.

The fact that it’s called 1Malaysia.

I don’t like it being called 1Malaysia because there is such a term in the Malay language. If, for example, you want to talk about something being known by the whole village, you’d say something along the lines of, “Kalau kau buat macam tu, satu kampung akan dengar nanti!” It’s a very holistic term in the Malay language, and I have heard of it being use in such manner on a regular basis. This differs, of course, depending on whether you’re saying satu kampung, satu bandar, or…satu Malaysia.

Thus, satu Malaysia existed before 1Malaysia. However, because of the campaign that has been done, the barrage and repetition of the same words over and over again, no one informed within Malaysia would think of satu Malaysia when someone says satu Malaysia. In fact, I’d go as far as to say that you’d have to be living under a rock of some kind to have not heard of it. I don’t like it when a part of the language is appropriated for such reasons, so much so that the original meaning is lost not so much because of natural evolution of the language, but because of its appropriation by others for their own personal gain. I feel the same way when some Christian groups use the word ‘youth’ to describe young Christians rather than young people in general (though fortunately that hasn’t really caught on…or has it?), and I feel the same about this.

The language does not belong to you or me. It is by itself, an entity unique to a particular time and space, one that grows and dies over time, just like a human being. Just like you and me, though, no one person or group should have a right over it, to appropriate it for their own ends and ambitions, altering the landscape for many when it’s only for the benefit of the few.

As an indirect aside, I’ve always wanted to reuse the name my father used for his production company. I imagined that some time down the line, way into the future, I’d want to set some a number of companies, dealing with filmmaking primarily, but also…well, anything I want, basically. It’s not too dissimilar from what George Lucas has set up for himself, with the likes of Lucasfilms, Lucasarts, Industrial Light and Magic and Skywalker Sound, amongst others, dealing with different fields of the arts.

Let me know if Norish Karman pops into your head before Ibrahim Ali does.