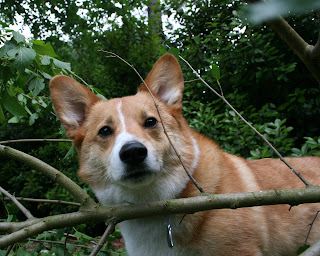 “Do you know how to take a dog out of a TNB substation?”

It sounded like a bad joke, and my mind quickly traversed the possible answers, before giving up. “Well,” I began my reply, my fingers tapping against the keypad fast, but not so furiously, “I suppose you could climb over the fence and…get it out.”

I had only messaged her to ask for her help. Producing a short film to be directed by a friend of mine, she has a chess set I wanted to use in the film, and so I had kindly asked whether we can borrow her set for the film. Of course, when the reply is a question, you can’t help but feel obliged, somewhat, to respond in the positive.

Soon enough, it became clear that what she meant was there was a small dog, possibly a puppy, stuck in a drain in the TNB substation. I still couldn’t quite comprehend the actual situation, but nevertheless, I drove all the way to TTDI to see what I could do.

“We put the food and water near it, and we called out to it, but it wouldn’t come out. I think it’s stuck, and it can’t get out.”

I crouched myself lower and lower, but still couldn’t quite align my line of sight deep enough into the dark hole. Eventually, I got on top and turned my head upside down. Believe me, dear reader, that may sound strange, but that’s the best that I could do for now: I got on top of the small drain, and turned my head upside down. It’ll have to do for now.

“Hey doggy…” I called out, softly at first. I didn’t know what kind of dog it was. Some dogs are beautiful to hold and look at, while others seem like they couldn’t wait to sink their teeth into your balls. I silently prayed for the former, while audibly calling out to it.

I momentarily gave up, and looked at my friend. “Are you sure it’s in there?” “Yes,” she insisted, “I saw it go in just as I was about to leave the house.” She was as well; she and her mother had gotten ready to leave for something called boot camp. When they first told me about it, I had a mental image of her fashioning boots out of raw material, but of course, that had nothing to do with it.

Or this. “OK, fine.” Lacking a functioning torchlight, I went to the shoplot across the street to look for one. The workshops and car accessories shop didn’t have one, but the stationery shop did. I came back with one and flashed the drain. No cigar.

“It’s very quiet,” I said to myself, allowing for a moment the worst thought to occur. I’ve read somewhere that it’s wise to always plan for the worst, even if the worst isn’t something you’d want to consider. “Let me go to the other end and check it out.”

I went to the other end, and repeated the process. Turning on the light, I put it inside the drain…and was rewarded with a pair of curious, if slightly pitiful eyes looking back at me. “You’re right, it’s here!”

I called out to it, but it did not respond. Of course, I wasn’t quite expected it to articulate itself. “Yeah, mate, it’s a bit dark in here, would you mind hurrying the eff up?” I did, however, expect some kind of sound, a bark or a whimper, anything. At the very least, I know it’s alive, but I did not know what condition it was in.

Putting all of that aside, I formulated a plan to push the dog out from the other side. We got some pieces of wood and tried to push it out using that, but it was too short, too ineffective. Someone said that there’s a house under construction somewhere nearby, and maybe there is something we could use there. I craned my neck, and spotted the said house. The workers there did indeed help out, fashioning a long piece of wood connected together with nails (safely hammered in, of course). They even removed any stray bits of nail and sharp metal from it, bless them.

I went back with my trusty sidekick, and pushed it in. “OK, let’s see if you can pull it out by now.” “Err…” came the somewhat tame response, “I don’t touch dogs.”

I looked up. By now, my friend had left for the aforementioned boot camp. In her stead, a friend of hers had dropped by and agreed to aid me. However, as it turned out, she has never touched a dog in her life, and wasn’t about to start now. My dad won’t be pleased to read this, but I, on the other hand, had no such problems. “Fine, I’ll do it.”

I moved over to the other end, and got her and one of the workers to push the wood from the other side. “OK, push!” They pushed, and the dog moved forward a bit. It must have been painful, having a piece of wood stuck up your ass in that way, but in this case, time is of the essence. “It’s coming out. Push, push, push!”

Eventually the head showed itself, its eyes wide open in fear and stress. It was a distressing sight, but I grabbed for its paws, cradled its neck, did anything I could to actually grab the dog and pull it out. Eventually we did, and for a few moments I held it in my arms. It reminded me so much of my ex-girlfriend’s dog. It was a Corgi, and we got it when it was only a few days old. She had wanted to call it something, I can’t remember what, but it was not responsive to that. In fact, the only thing it was responsive to was Corgi, so that ended up being its name.

This, however, wasn’t a Corgi. It’s more like a beagle, like my former housemate (and current landlord) used to have. Unfortunately, before I could examine it any further, it escaped and ran through a hole in the fence of the substation. We had locked the gate, so it wouldn’t escape, but that plan was thrown to the wind in moments.

I was concerned about its medical condition, and went to track it down, with the bowls of water and cat food (my friend has cats, but no dogs) in hand. It proved to be impossible, though, because every time I get close enough the dog would run away. I ran out of ideas in the end and just sat tight, maintaining a perimeter near where the dog was at.

“Don’t worry about it,” said a passerby who was walking his own dogs. “These dogs are survivors. It’s the one at the substation, right?” I confirmed it. “Yeah, the mother and father will come back sooner or later. I think they’re house-trained, but was abandoned there for some reason some time back.”

Eventually my friend and I left, leaving behind the bowl of water and food somewhere nearby. I don’t actually know whether dogs eat cat food (they probably eat cats, though, given their rivalry), but there wasn’t much else I could do.

****
Later that night, my friend returned from her boot camp, and we went out, all three of us, to see whether the little doggy was still there. It wasn’t, and we walked back home, somewhat disappointed.

I squinted two of my four eyes, and after much effort at adjusting itself, I finally see three outlines, dark shadows roaming about in the middle of the park. They messed around for a bit, and then they went to the food and water I had left earlier in the evening. As they consumed the food somewhat ravenously, I couldn’t help but smile, thinking that I did something good today.

That thought turned quickly to a kind of dread. I started to consider the possibilities, of what would have happened if my friend had not seen the dog crawl into the substation. What if she had taken an extra few minutes to get out of the house? If she had left her room but forgotten her wallet or keys, and went back up? What if no one had known of the doggy being stuck there?

I started to think about the rest of animals that we don’t know about, being stuck in a situation of distress somewhere without any kind of relief. Wails of helps going unanswered, the need for attention and care finally needled away in the darkness because no one was around. No one.

Then I started to think about the human beings, the real second-class citizens of this and other countries, the ones for whom certain situations would almost certainly mean life and death. Desperation drives us to do dastardly things, but when push comes to shove, most people would at least feel the inclination to do something to help.

I shuddered, and let that thought fly away, if at least for the moment. I cannot save the world, but at least I had done what I could. I suppose, at the end of the day, that’s all we could ever hope for. Not a new realisation, but a realisation relearned all the same.

That, and the fact that dogs eat cat food.