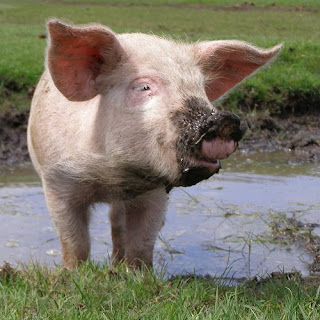 Sometimes, hope can be a cruel thing.

In fact, it can be cruel many, many times, but it can also serve as a guide, a compass to your desires. A feeling that can help to enhance that which is already felt. If all goes according to plan, then it is a moment of joy. People like that, for the most part, having their expectations met and, in some cases, exceeded. That would be nice.

That, however, is not always what happens.

“Oh, that seems interesting,” I noted out loud.

We’re at Rock Café, a place that I myself has come to call Rock Café. Thing is, it used to be known as Medan (as in, medan selera, not Medan in Indonesia). That was what I knew it as, and I kept calling it that even after the change was made known to me. Of course, with time and tide comes the waves that proved to be too strong to resist at times.

The identities of old can be replaced with the new, so long as you keep at it long enough.

“What is it?” asked Weiyan, one of my friends from Monash who I haven’t had the pleasure of teaching yet, so to speak. Not formally, at least.

There was a sign, a prominent sign of a new dish, Sarawak kolo mee. I had immediately thought of Kolo Toure, the Manchester City player, but decided against any such jokes. I’m not sure if Weiyan is a big enough of a football fan to get that one. I pointed to it.

“Oh, that,” he replied, as we walked closer from the car. “I think you cannot eat that one lah.” I immediately understood that it meant it has pork or pig-based products of some kind (now who’s the second class citizen here?). I let out a sigh. “Fine, fine,” I replied. We found a table, depositing our things, and I immediately made my way to the Thai food stall, leaving him behind to guard our things momentarily.

At least, that was the idea. As I was at the Thai food stall, about to make my order, he rapidly heaved himself over, smiling, and said, “Fikri, no pork!”

“What?” my brain thought and my mouth said at the same time. “You mean I can eat it?”

I immediately found myself to be skeptical. I had wanted to try it, and then I couldn’t. Now, however, I’ve been told that I can. Perhaps it was one of the Chinese writings I couldn’t read? I wasn’t sure, but I allowed myself that little ray of hope as we made our way back to the sign. For the most part, I’m always keen to try something new.

“See...?” he pointed, and then caught himself halfway through. I started shouting expletives at him, for the sign had not said ‘100% no pork’, but ‘100% no preservatives’; he had seen the sign, but it was half-covered by someone’s head at the time, I suppose, and all he saw was ‘100% no p-’ and assumed that the ‘p’ had been the start of the word ‘pork’. “I’m sorry, I’m sorry,” he managed to blurt in between the laughter the both of us couldn’t really suppress. “Babi betul lah kau ni,” I retorted with a smile, as I made my way back to the Thai food stall.

Hope. It can be a cruel thing.