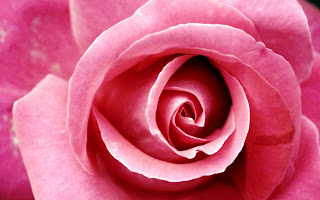 We laid in bed together, looking over some of the videos that she had loaded on Youtube. She had previously talked about how some of her friends had received these videos; it feels as if more than half of our conversations are about television shows and films. She has a keen eye for both, and we’re not just talking about being a Gleek or watching films just because Johnny Depp is in it.

Her mother popped her head into the room. “I’m leaving now,” she said. I got out of bed, and went over to her, my body bent halfway as I reached for both of her hands and gripped them tightly. I brought my forehead down to her hands, and then straightened myself. Most of the Koreans I’ve done this to finds it somewhat disconcerting, interestingly enough, so I don’t do it as often. With Dahei’s mom, however, it is a different story. I love and respect her as much as anyone, and the feeling’s mutual. “No, Fikri,” she said just a few days earlier, when I had offered to pay her for putting me up for the few days. “It’s OK. You’re like a son to me.”

We said our goodbyes, as I would be departing that night, and then she left for work. I got back in bed with Dahei, and we spent the next hour or so in the same fashion. We had not had the opportunity to do that very much, for a variety of reasons. Now that my departure is impending, time is precious. We both felt it, wondering when the next time we meet would be.

Pretty soon, the time came for me to leave. I could not hold it off any longer, so we left her house. She accompanied me to the bus stop, where the airport limousine would pass by. We spent quite a while standing there, waiting for the bus that should have come, but didn’t. We killed more time talking more and more about the genius of Tina Fey, but then I realised that waiting for another hour or so for the bus would prove to be somewhat fatal. It was cold, and uncomfortable for the both of us. More to the point, I would miss my flight, which would have disastrous consequences.

Dahei was the one who had insisted that everything would be OK. She said so since I had returned. I did not want to let up, because I wanted everything to be perfect. I wanted to settle my mother and sister’s accommodations, as well as sort out the issues related to my graduation. It was a holiday, but it could only be one once certain requirements were met.

She felt differently. Not for the first time, it should be said, but such things are always as subjective as they can be, right? There are many ways to skin a cat, and they are many ways things could and would pan out. In hindsight, she and I were both right and wrong at the same time. That was the nature of our relationship, and it appeared to continue even after we’re not involved anymore.

In this case, however, she got the time wrong. The bus did not come, and I hurriedly grabbed a taxi. For once, I haggled; I did not have as much cash on me as I had wanted, but fortunately, one of the taxis agreed to take me all the way to the airport.

I threw my bags into the boot, and slammed the cover down. Then I turned to her. I can still see her, somewhat, with that huge, oversized orange scarf fashionably draped around her neck. She stood there looking at me as the cars, the people, the world around us swirled in concert, reminding us that time is nearly up.

She said sorry. I said I’m sorry too. It wasn’t just for the limousine, but everything. I hugged her, holding her close to me, and then I left her.

That would be the last time I would ever see her.

Youn Dahei passed away a few days ago. She came into my life at a time when I was still shell-shocked and shattered by the failure of my previous relationship, hitting me at the worst time possible. She gave me the confidence and the strength to gather the broken pieces of my heart and put them back together again.

We are no longer together, but like all the people I have loved and love, I still keep a part of her with me in my heart. It wasn’t the same thing, and probably never will be again, but I do care, love and cherish her in my own ways. Even now, I find myself being so sad, yet I’m unable to cry. I feel my heart squeezing itself in so many ways, but I couldn’t quite let my feelings out. I don’t know what had happened, exactly, but hearing her mother’s sobs on the phone deterred me from asking her further.

I may have lost someone dear to me, but her parents lost their only child.

I am writing this because I want the world to know that there once a girl named Dahei, who took a broken shell of a man and made him believe again.

There once was a girl named Dahei, who had big dreams of making documentaries that could change the world.

There once was a girl named Dahei, who I had loved deeply with all my heart and more.

Rest in peace, Dahei. I love you.