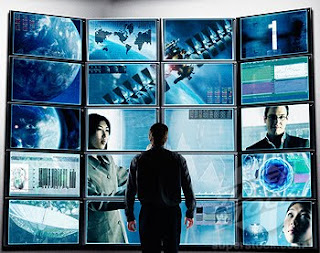 I walked past the streets of Vindaloo, breathing in the air as I did so. It wasn’t a particularly breezy moment, and neither was the smell particularly appealing, but there is a certain sense of identity that comes with the smell. I smiled; until someone get Smell-O-Vision just right, that will always be something cinema will miss out on.

His footsteps aligned with mine, our steel-capped boots dropping to the ground and almost just as quickly raised themselves in metronomic synchronicity. The fidelity pleased me.

We managed to walk for quite a bit, discussing the latest ins and outs of each others lives. It was, for the most part, nothing more than small talk, but it is these talks that make up the relationships. Sum, part, whole. I have missed that boat when it comes to some, and I will not miss it again.

I made quite an effort to arrange tonight’s meeting. Our schedules don’t match and mesh, though having said that, in my case, it is quite difficult to discern which one of us had been the guiltier party. Should I be inclined to spend time on such useless endeavours, the judge would unreservedly claim me to be the guilty party. I can’t complain.

He mentioned about the lack of movement at work. His career worries him. He had been with the same company for a number of years, and had not been promoted more than once in those years. In an industry where such advancement is not only welcome, it is necessary for him to seriously consider what his options may be. I kept my counsel largely to myself, partly because I do not see what others see. I can only give advice based on what I know, but sometimes that is not sufficient. Sometimes (and this is the large part of the reason why I don’t counsel), people just need someone to talk to.

We slowed our journey in front of the electronics store. I have no TV; I have been considering purchasing one not too long ago. I had realized then of the futility of such a procurement, since I consider it early if I manage to get home before midnight. The nature of the beast has bent down and told me, in no uncertain terms, that I’d be wasting my money on it.

Still, there’s no reason to not look. I crouched slightly, gripping my knees with both my hands, and staring intently at the screen beyond the screen of the window. My friend had also stopped, attracted as he was by the vividness of life on the TV.

He probably had related to it, one way or another. They’re showing a show of a man travelling in China. It can be defined clearly under the travelogue genre, though such genres are not quite as fixed as some may consider them to be. In this case, however, it is the most interesting of beasts: a travel show set in Asia and hosted by an Asian…American. Probably. I could not hear the volume, but nevertheless, it begs the question of what is orientalism if Orientals themselves practice it?

Not only that, but the inclusion of what appears to be a shadow puppet theatre surprised me even more. Certain considered to be the most local of local forms of entertainment, once again, the fluidity and dynamics of culture had not allowed it to remain still and fixed in any single geographic spot.

My dear readers, I have written an unpublished book on the making of a film. The film itself had a strong protagonist who performs wayang kulit. Clearly being one of the main focuses of the film, I set out the introduction chapter as a research essay of sorts, looking at the history of this venerable art form. Influences from other parts of the Asian region was clear and undeniable, and it makes me feel proud that my country kept me a part of it.

It is the very definition of what culture is: mixed, dynamic, in constant flow down the stream to an even bigger sea. Even if culture itself is difficult to define. Words can’t be put down to describe it, but…

“Haha,” my friend interjected, breaking my train of thought. “Even that comes from China. You Malays have no culture.”

He walked off, a self-satisfied smirk decorating his face, this Malaysian who proclaims himself to be Malaysian first. Upon realizing that I did not follow suit immediately, he turned and faced me quizzically. He looked at the bouncing gleam of light of his forehead, the lights flickering softly.

I closed my eyes, breathing in the smells of Vindaloo once more, and sighed.