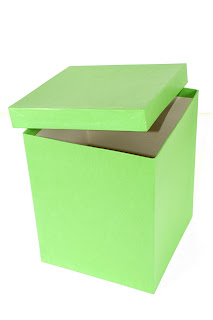 I have a movie stub from a screening of ‘Master and Commander: Far Side of the World’. It was a film made by Peter Weir, and it starred Russell Crowe. My father and I went to watch it at KLCC, and immediately after that, we went to Kinokuniya and bought the book about the making of the film.

This was almost ten years ago. I could just about make out the writings on the ticket stub. It has faded with age.

I believe that we are who we are because of the things that we’ve gone through.

I no longer take many pictures. I do not see or far more importantly, feel the need to. Events I have attended, people I have met, these are memories I have made and retained as naturally as I can, without the aid of digital existence.

I do this because I want to see and experience the world as much as I can. In the past, carrying a camera around with me has made me feel naturally inclined to look at things through the eye of the lens. I wonder about the life of a photographer, a professionally-employed one. They take wonderful photographs of a world in motion, but I wonder how they see the rest of their everyday lives. Do they live for the moment, or do they consider how that moment could be immortalised better with a slight change in lighting conditions? Do they see the bigger picture, or do they frame a part of that picture for the sake of others?

I was driving around the other, downhill from my father’s house. The road was lined with trees. The morning sun was out, and it peeked through the leaves of the said trees. Driving at a certain speed, these formed a pattern of shadows that inked themselves momentarily on my dashboard and hands. Through the windscreen, they created darkened hennas of art. My eyes were fixed on these for a while, considering a close-up shot of my hands as it gripped and moved of its own accord. I saw something, and I wanted to share it with the world.

That is how I work. I see, I communicate. Through that, a work of art that one may somehow call a film will hopefully emerge. That is how I see the world, these random moments.

But these are retained in memories because I don’t want to dilute them. I keep artifacts of events, but I do not wish for the pictures. What are pictures beyond devices used to show others what you saw? I wasn’t interested in sharing my personal life with others.

My mother berates me for this. “You’re having dinner with the president of your university,” she said after my graduation, “you should take pictures. Later you can show others the peoples of your life.” He is indeed the president, but he was formerly my lecturer. Because of that, I never felt the inclination to treat him as anything other than that. I do not wish to take pictures of the two of us, but that did not mean I threw away the ticket stub of the graduation screening I attended with him.

JJ Abrams once said that he bought a box without knowing what is inside it. He bought it at a magic shop. Even though he was curious, he never did open it, because once he did, the magic would definitely be over, and there is no reason to ever wonder what if. This formed the very basis for a lot of his television narrative (though less so for his actual films, funnily enough).

I have a box of the artifacts I have. These are special ones: football match tickets, invitation cards to movie screenings, a card I have made, but never had the chance to give. Only one person knew of this box; I told her that I threw it away. In truth, however, I didn’t. I couldn’t. I feel it’s akin to throwing away the memories I had accumulated, the experiences I had felt, and I didn’t want that. It was special, and I could not throw it away.

It’s not the same as JJ’s box, but I would not open my box, my history, my artifacts, because I don’t want to. The past is the past, and while I try my hardest not to forget, there are certain things I do not wish to revisit.

My history, the true story of how I remember and truly feel about my life, is my own, and no one else’s.