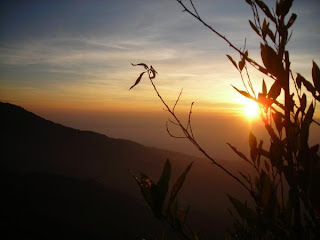 Something moved my heart as I drove near the mosque, Masjid Wilayah. It is situated along my route, its perimeter an island of holiness of its own.

“Island of holiness of its own,” I whispered silently in my heart as I drove in; I have a tendency to play these things through in my head, so that I’d have the chance to pause, rewind, and make some corrections as I go along. It didn’t seem so appropriate at the first pass, but there is a quality to it. So, island of holiness it is.

It has barely passed 6.30am, and there were a few stragglers who were just about to leave, weaving their vehicle around mine as I navigated my way through. Were they the lucky ones, those who couldn’t sleep either? Is it a divine intervention on their part that drove them here to submit, before driving them away to submit to their own physical wants and desires? Perhaps, perhaps not. Not everyone keep the same schedule as you do, Fikri.

Correction. I don’t keep the same schedule as everyone. The difference is minor…but it is there.

At the risk of overdramatizing this, I parked the car, went in, did my wuduk, went into the prayer hall, and…prayed. And then…silence.

I cast my glance across the hall. As I write this, I have Joe Hisaishi’s ‘Good-by Cello’ strumming through my ear. My mind played a similar score as I see a father, having completed his prayers, stood up and strolled over to a young man catching his kip in the corner. With an elegant swing, he reached for the robe strobed across his shoulders, removed it, and timely whacked it over the boy’s head. “Dah, jom balik.” I couldn’t help but smile, recanting my prayers but with my mind, my heart entertained by the shenanigans.

Then I’m back in the silence, engulfed in the deafness and surrounded by the magnitude of the aura of Allah.

These are the moments I appreciate the most. My submission to God has never been that which is dictated by others. I follow through the rituals, I fast the fast, but in truth, these have served nothing more than a token submission to Allah. It is the routines set forth by Him, after all, or so I believe.

In truth, these are nothing more than nomenclature, routines that have strengthened by relationship with my fellow man, but not necessarily with God.

So what is my secret, if I may be permitted to term it as such? What is the condition for my holding on to my faith, not so much as a matter of risking letting go, but as a way of tightening the grip even further, even when conditions had conspired to test and challenge me even in ways I did not imagine myself?

It is these silent moments with God. These moments gives me the strength, for when I shut my eyes, I hear of nothing but. Not the breathing of those next to me, the overzealous bastard who thinks that by uttering his words slightly louder than the rest that he would get a bigger load of pahala, or the tudung wearing UM officer who treated the foreign student with such a difference that I myself feel some shame at her being of the same race, religion and nationality as me. It is not, however, the fear and loathing of others, nor is it the defensive reaction that naturally kicks in when the Bible-thumping ladies to roam the subways threaten very loudly those who do not believe in Christ as their savior. Perhaps they believe that they would get some extra pahala as well by doing that.

My strength comes with the silence. It is with the drowning out of these Earthly voices, created by God though they might have been, that are not beautiful in the slightest, the voices of those interested only in the fires and prizes that competitions would bring them. Titles, image, prestige, perspectives…what is the use of these if you lack the basic respect for others as human beings? What is the use of 1Malaysia if you fail to see that the person next to you is a human being, one who do not deserve to be encroached upon, to be impressed upon or to be influenced unduly just for your own benefit? What is the use of praying five times a day if, by the end of it, you lie in bed knowing that you have not done all that you can, all that you could in order to make the world a better place for all in it? They sleep soundly, but the sounds of their dreams do not compensate for damage they did through their lies…

…but who am I to judge? I feel angry at the hypocrisy and the two-faced nature of others, to list just but a few, but who am I to pass any kind of judgment? Though I do have ‘Hakim’ as a middle name, and it does in some way give me more authority over those who don’t (this is written with my tongue firmly in my cheek, so have a sense of bloody humor, please), it pales utterly in comparison to God.

I am a nobody. Within the bigger scheme of things, we are all nothing more than specks in the universe, waiting for our time to pass.

And so, as I wait, I sat there quietly, listening. With my eyes closed, my senses tingled to my very tips, and I listen. For this is when I forge my path with God.

It’s mine, and mine only. I suggest you find yours, and let no one else invite you to tread upon their paths.