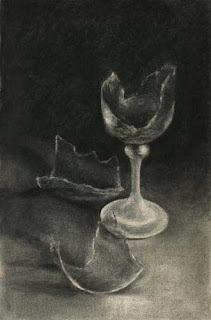 His head was still ringing as he stepped into the hotel room, closing the door with a resounding slam. His right hand reached for his temple, where the would-be assassin had karate chopped him with enough force to knock out a normal man.

Fortunately for his good self, he was no normal man.

He could hear the shower running once the ringing inside his head subsided. She must’ve gotten straight into it once she came back. She didn’t seem to have the stomach for it…no, that’s not true. She was in fear for her life. Perhaps for him, too, but it didn’t seem to be too big of a problem for him. For her, though…for her, seeing a man killed…no, strangled to death in front of her very eyes, and to aid and abet in that act…it probably wasn’t as what she had imagined when she was assigned to be his handler. She went from pushing pens inside the bureau to pushing lives out of this world. No wonder.

He has to remind himself of that.

Just as he was about to take off his shoes with his heels, he noticed the broken wine glass on the table. There was nothing inside it, no traces to suggest that its appropriate contents ever took residence inside it. The bottle, a Château d'Yquem 1999, was uncorked, but its contents remained untouched. A single note of worry started to cross his heart.

“Vesper?” he voiced out cautiously.

He stepped lightly towards the bathroom door, and opened it. It is heavy, but its opulence didn’t lend any weight to a noise. The heat from inside the room rushed outside, grateful for its release, but what he saw didn’t give way to the same relief.

Vesper, still fully dressed, sat inside the shower, the hot water rushed slowly from the top. She shivered as she leaned against the ceramicly-tiled wall, her hands shaking from the water…no. From fear.

James stood there for a moment, considering what to do next. He didn’t realize that it would have that big of an effect on her. If she is normal, if she could be the face in any crowd, the girl you’d meet next door, the real person who would have friends, if she is a human being…what does that make him?

The look she gave when she glanced up cleared all that away. She was crying, her eyes red with the tears mingled with the water. “I can’t wash it off,” she sobbed, and in that moment, James went forth and stepped under the shower with her. Leaning down, leaning against the wall next to her, he put his arms around her.

It felt warm, not from the water, but from her body. Warm and nice. He found himself shivering just for a moment as he lightly grabbed her hand, and guiding it to his lips. He kissed it softly, each one of them, and felt her shudder recede. Leaning his head against hers, as she gave in to herself and folded inwards in his arms, with his touch, for support, all the pains of the world were forgotten as he closed his eyes and whispered softly to her.

*A reimagined scene from Casino Royale.