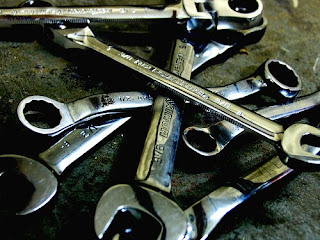 “Yes! We just need a computer, and the programme. We can do it on your home computer if you want.”

“What about the quality?”

“No, the quality will be similar. The difference is not really worth spending the extra cash on.”

Silence. “I think it’s best if we have another computer to do the editing.”

****
The above was a conversation with someone who wanted me to edit a video for them. She had mentioned about the possibility of making a string of videos, and suggested that getting a Mac computer specifically for that purpose might be a good idea. Though in many ways the industry standard, I implored the idea, for the money to be spent wasn’t in her pockets yet. I pointed out that I made a corporate video for a bank using her previous laptop, but she wasn’t swayed enough.

I say this because it is an experience I experience with those who make or want to make videos. In truth, it is symptomatic of a wider range of people. I have friends who have Macbook Pros. They spend a lot of time and effort to get these, but at the end of the day, the only programmes end up being properly utilized is Microsoft Word and Safari. It is a powerful tool, but if you have no interest in using it fully, then why purchase it? The same applies to a friend of mine who bought a new phone. Admittedly, I should applaud her for not jumping on the iPhone or Blackberry bandwagon, but she spent a lot of money on a new Nokia model (the exact model number? I can’t remember, I’m terrible with these things), when all she ever used her phone for is to make calls and receive messages.

After a while, she gave up on the phone, complaining of the extra complications. Of course, it doesn’t help that it kept breaking down, and Korea doesn’t have a good enough support system for Nokia, but the fact remains. She doesn’t need it, her old phone was fine, but she got it.

Spreading the net just that bit wider, I sense a feel, a desire that almost transplanted into a need: the belief that if we have cooler things, we would become better people. If our computers are more expensive, then we’d be more professional. If we have bigger towers, then our image, and indirectly we ourselves, would be better.

Professionalism, maturity, strength and poise come from within. What makes us better people than others, what separates the best from the rest is not necessarily the tool. What makes us smarter is not just the intellect garnered from reading books, but how we use that intellect to make a difference. The computer, the mobile phone, even money itself (pieces of paper that means nothing without the meanings we attach to them) are all means rather than an end itself.

Those who believe that the tools are the end are fools to do so.