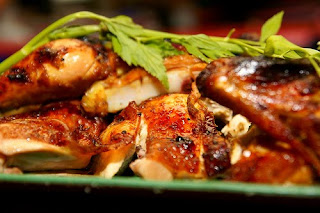 “Turn in here,” my father instructed, somewhat sleepily from the passenger seat. I couldn’t blame him, for it had been a long day capped off by a long journey. Leaving UiTM together, I assumed the role of driver, though if the truth must be pried out of me, I felt equally tired.

“OK,” I said, stifling a yawn as I signaled my intent to the other drivers. The reassuring indicator clicked softly in the background as the Volvo bowed to my instructions to a tee. The insulation of the car is also a lot better than your average Proton, which makes for a silent ride half the time.

“Err…is this the place you want?” In front of us is a new building, a shopping complex of sort. I remembered such buildings being in construction from years gone by. In fact, I once picked up a date for the Monash ball somewhere from an apartment in the area. She was a French classmate of mine at the Alliance at the time, and rare though those moments turned out to be, I always thought of the French class days in the early noughties when I drive through the area.

“Eh, what is this place?” Sounding a lot more alert, my father seated himself upright; he had been lying down, with the seat reclined as it were. Now, however, the slight alarm made his back straight as a telephone pole as he rubbed his eyes, and scanned the environment. “I haven’t come here for a few years…”

I stopped the car, and surveyed the area. It most definitely is a new building, and his suggestion of eating at a famous ayam golek restaurant somewhere around the area is in danger of becoming nothing more than a delusion. I asked him what the place is like, hoping to see some kind of sign, wondering whether I had taken the wrong turn. He seemed adamant that this is where it should have been though. After a few moments, we turned and went back to the main road, continuing along the path.

“How things change…” His words rang in my head, as I drove on almost aimlessly. I had been looking forward to it, to eating the ayam golek. He had raved about its taste, and how, back when he was teaching at UM, he used to frequent it with almost reckless abandon. That wasn’t so long ago, I had thought, but I realized that in the context of a lifetime, some years can…

“Hah, itu dia!” He pointed to the restaurant, part of a ramshackle series of shops lined up along the streets, as these establishments tend to be in Malaysia. We found a parking spot, and soon enough, tucked into the chicken like there was no tomorrow.

As dinner came to an end, and we winded down with our respective drinks, I took a moment to study my father’s face. The lines lining it made me wonder about the kinds of things that he went through, and indirectly, about how important this particular dinner could have been. It wasn’t really just about eating, was it? Perhaps on some level, it was about a reaffirmation of the certain things in life, or perhaps in a way, how certain things are and could be in your life.

Slowly, as the rate of development is accelerated, as new shopping malls go up almost every other month all over the country, as the struggle to remember what the Twin Towers looked like coming back from Penang on the PLUS highway before it was blocked by the multitude of Mont Kiara’s own towers became ever greater…I suppose sometimes it’s just comforting to know that some things won’t change for quite a while yet.

Home comforts, I believe is the term. I’m glad we found it that night.