Galaxy: Room With A View 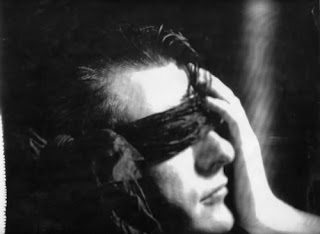 The breeze came into the room unhindered through the conditioners. It was uninvited, but not unwelcome, lending its coolness to the occupant inside. Not that Kida was complaining much. It did much to cool down the heat within her, the sadness, rage and fury all rolled into one.

When the news reached her last week, it did so in the most inconspicuous of manners. The confederation, citing budget cuts, had taken the bold and controversial step of electronically transmitting the news of those who had passed on. It was understandable, for the war had drained a lot of the financial resources of not just the confederation itself, but also its mighty backers.

Understandable, but not readily accepted yet by the masses. Kida herself, away on a mission, did not get the chance to check her transmissives until much later. It was only until much later that she found out that Dallas was dead, thus becoming one of the first names to be released in that electronic, inhuman way.

Her sadness, however, wasn't something that came immediately. It wasn't a sudden outpouring of emotions that shook her. It was the rage at the way the news was delivered. In that sense, it was probably good they went digital, because she might just have shot the damn messenger.

Now, though, now that she has been called to collect his things from his old room on The Vole, she found that she had a hard time to hold in that which was never released before…

“Amazing, isn't it?” Kye's voice startled her enough to shake her out of her reverie. Had he not been there, she might have started to cry. She turned in the direction of his voice, loathing the rasp that came with it. His was a voice that once calmed her, soothing her when needed, and was generally pleasant to the ear, but there had been a change not just to the voice, but to Kye himself. Though Kida can't quite put a finger on it, it was a change that, unlike the wind, was both uninvited and unwelcomed.

Kida was pretty sure that Kye was remarking about Dallas's collection of figurines through his galactic travails. They lined up the cabinets that lined the walls, a hobby that had taken years out of Dallas's life. Wisdo wasn’t a good source for such figures. Aura wasn’t bad, but the Outer Galaxies were the main source for the serious collectors. Well, according to Dallas, anyway. Kida herself wasn't a big fan of it. After all, how could someone spend so much of their life on something so dead? Each figurine was beautiful, yes, but it is not alive. It doesn't keep you alive, it doesn't give anything to you. Dallas had spent an entire afternoon with her arguing about this some time ago...

Dallas is dead. Suddenly, the reality of that fact hit her once again, and here, in the room that was his own, on the ship that he called home, she wanted to be anywhere else but here. Their breakup had been amicable, but deep down, she knew, just as these things tend to be, that it wasn't as simple...

“I've always been impressed by how much effort he put into these,” Kye stepped into the room and her train of thought. He straightened himself from his leaning against the door frame. His gaze never actually fell on Kida, but she felt her circle of privacy was threatened with each step as he walked closer to the figurines, his cloak swaying lightly as he moved forward.

Kida didn't respond, and continued to hold the empty box in her hand. Dallas had named her in his will, after all, and she is the one now responsible for clearing out his room. That came electronically as well; Kida made a mental note to attend the Yellow Rally next week at Wisdo, lending support to the rising tide of the people.

“I mean, he wasn't really the kind to be too open to every single being he came across.” Kye was holding a figurine of a ballerina in a pose, her legs bent at the knees in an elegant position. “I've never thought of him to be the kind of soldier that would willingly sacrifice himself for others...you did know how he died, didn't you?”

“Enough!” She threw the box at him, finding more solace in the act rather than the box actually hitting Kye. Empty boxes won't do anything to one of the most feared warriors in the galaxy. She used to be glad that he is on their side, but these days, Kye himself seemed to be content to be on his side. She honestly doesn’t know what to make of him; she had heard about the altercation between him and Jayken, but Jayken himself had disappeared once again into his black hole, slipping away immediately after the funeral.

Kye laughed, an evil, guttural act that shook Kida to the very core. No, she told herself, this is not the same Kye anymore. She has no wish to remain in the same room, on the same ship, perhaps even in the star system with him anymore. Dallas’s belongings can wait another day, she found herself thinking as she hears the sound of her own footsteps at speed along the corridor.

Kye’s laughed died down to a smile, as he remained inside the room. He took one of the figurines, a mini recreation of the Rasgnab fighters. Born blind, but with their other senses hyper sensitive, they made excellent warriors and spies. They can see more than those who could, thought Kye as he gripped it, crushing the wooden figurine until it cracked and its head rolled off. Soon, those who can truly see shall lead the blind.

And that will be most welcome.