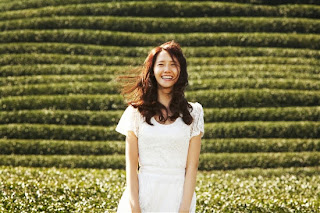 “But you never said anything.”

The wind of the night chilled his skin sufficiently. It wasn't too warm, or too cold. Life on Aura is like that; the roughest areas can be unimaginable to some at the lower levels, but get high enough, and you can get high on life.

The sights, too, could have been one for sore eyes. Jayken's eyes were certainly sore from the lack of rest. Earlier, he had felt them trembling, fighting against the fatigue. His eyelids had wanted to comply with their wishes, but a few caffsteams did their job. The packaging of New World's products may not have been impressive, but they do do their business: it certainly opened his eyes to a new world.

This, however, is new territory.

“You never said anything.”

Sounded like a broken record, that. Funny, because nobody really wrote a guide on how to deal with letting your heart out. They probably did, but it wasn't something Jayken was interested while fending off existence-threatening machines.

“Yeah, I didn't,” he admitted. With that, he tore his gaze away from the outside world, old or new, and shifted them to Jo Dandy. One of the finer pilots around, it was unfortunate that she didn't have the stomach to actually kill in cold blood, which restricted her mainly to shuttle runs and evac missions.

Unfortunate? It was a blessing. Killing is never fun, and never easy; Jayken felt as if a small part of him becomes more deadened the more he does it. Not killing keeps you alive and healthy. It certain hasn't harmed Jo, but it does mean that she doesn't get to write her name in the annals of history. Shuttlers just don't get the same credit as fighters. If...when this war is over, she'll be lost as if she never existed amongst the mass of others.

To Jayken, though, that won't quite happen just yet. If anything, she's at the very center of his universe. How could she not be, with the way her brunette hair falls slightly out of place, and the way she pulled it back behind her ears almost just as swiftly. How her thin-ish eyebrows danced their little dance as she smiled, betraying the sense of seriousness her face displays when she doesn’t...

"Yeah." He had been lost once again in her hazel eyes, which is not a good thing when you're supposed to be an alert fighter pilot of the confederation. It was actually a formalised part of the training back at the academy, but if anything, it just goes to show how deeply he could fall back into her gaze, a gaze so deep and sincere that...

Jayken smiled, more out of nervousness than anything else. For how do you answer a question like that? The truth might be a good place to start.

“I don’t know, Joanie.” Silence. “Well, that’s the simple answer. The truth is, I know, but I don’t.” That’s a bit of a lie, to be honest; now that nervousness turned slightly into fear: fear of rejection. For once, he finally understood all those seemingly-meaningless pop songs. “I mean...some of it is clear enough, I think. You’re beautiful, smart, funny, and your eyes...” oh, those eyes... “...I could easily get lost in them.”

She smiled when he mentioned the eyes. Her slight movement dropped a few strands of her hair across her face, and just as quickly, she pulled them back again, sweeping them behind her ear, turning slightly away as she does so. Yes, that. Tell her that. “It’s that,” he blurted out, having to hold himself from shaking with trepidation.

She turned back to look at him, a slightly quizzical look now creeping its way on. She even looked beautiful like this. God, why are you doing this to me... “I mean, your smile. The way you...ah...” He exhaled, trying to compose himself, an act that didn’t seem to work when she smiled at his nervousness, at how foolish she is making him feel. I could actually feel the butterflies in my...

Even within that moment, though, even though not a single word was uttered between them, he could sense the question coming from her gaze, a strong one that could very well change their friendship forever. What do you expect me to do with that little revelation, Mr Westley?

Jayken steeled himself and his gaze into her eyes, and smiled. Well...there is someone, somewhere in the galaxy who thinks that you’re beautiful just the way you are, someone who loves and cares for you deeply with all his heart, he answered. It could be a lot worse.

She smiled, nodding her head slightly, and Jayken melted once more; even if they'll never get together, there's always that smile to look forward to.

It really could be a lot worse.