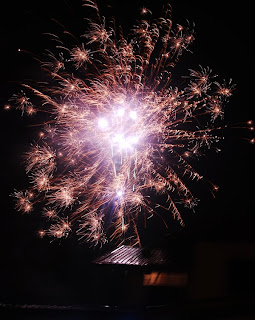 A long drive affords you many things. A five-hour trip gives you more; it gives you a solitude you won't find elsewhere. Everywhere else, there are obligations and responsibilities that should not be avoided. Things, of course, could be put off or delayed, but sooner or later you'd have to get to them whether you like it or not.

A long drive, however, provides a sense of respite from the weary world. It is, I realise upon further reflection, a weary world. I did not believe it before, and though I considered it, I didn't think the world would influence me the way it did. It does, however; the world gets to you, with all its optimism and pessimism that drives away the feelings of hope and joy that once was so young and innocent in its glory.

Of course, that is not to say that it is a bad thing. Good or bad can be very subjective, and while I wouldn't call myself jaded, I am not about to tighten the noose around my neck either. Experience is an experience I enjoy getting.

And so it was that a trip up to Penang made me think, feel, and realise many different things.

What was I thinking about? In short, many different things. I thought of my classes, whether I'm teaching my students the right things, the right principles to bear in mind. I thought of the techniques I use to teach them, and considered how that could be bettered (once again, this will only come with experience). I considered about the seriousness of my intent on my next short film(s). I have a couple of stories brewing, and I wonder whether I'll find the time and willingness to sit down and write them all (after all, time is precious). I wonder about that, and so much more. I will not write them all down, for, though they lack the lasciviousness that many would no doubt relish, I will keep them buried for now. I may write of them, but I will not write them. Yet.

There is one thing I will write about, though. I thought of the last two years, the last two Rayas that I spent away from home. Raya is considered to be a hallowed time of the year, a time that is meant to be spent within and between families and friends. I did not do that last year. In fact, in that time-honoured tradition of fate and destiny playing its part, I went to scout for locations for my film. I spent the whole day with my cinematographer and my producer, and being non-Muslims, they are oblivious to the significance of the day.

“How do you feel about working holidays?” I asked them. We were having lunch after spending the morning in Toechon, a small town on the outskirts of Seoul. We found some interesting places, but though the area attracted me, the houses that we did find didn't as much. “Do you feel weird or bothered by it?”

I probably should have known better than to ask. For them, answer seemed obvious. My producer is slightly over the age of 40. He is still single, though he is one of the more successful people in his line of work. Nevertheless, that didn't seem to be enough to guarantee the kind of life that...he didn't really want, to be honest. He is not bothered by not being bothered. Neither is my cinematographer. He is ambitious, and enjoys the challenge of work. I used to think that it was the kind of thing that I would do, too. I have ideas, I have goals, I have ambitions. I know what I want, and I am willing to sacrifice to get it.

The question, though, is how much. How far am I willing to go? Here, as I drive the long and lonely journey, with only Juwita Suwito and Mariah Carey for company, I realise that I, too, was in that place. I, too, did not care for the most part. The lack of connection and relationships. I had it once, and in fact, a long time ago, relationships were something I cherished. Now, at this stage of my life, I realise I no longer have the energy to, for the lack of a better term, give a shit about most. It makes the few that I do care about that bit more special, but the point is, the act of caring becomes difficult when I do not see how others could appreciate it.

Perhaps that's the core issue. Perhaps that is the main problem that I have been grappling with all this time: the lack of appreciation by others.

I smile. I must really be getting old. Being bothered by not being bothered, that seems to be my domain these days.

As I consider the implications of that statement, as I left for the exit of the R&R near Sungai Perak, in the distance I see fireworks go off. Raya is also a time for fireworks, illegal or otherwise. Most of them tend to be really crap in value, but some are willing to go the extra mile and spend just that little bit more.

The extra mile. It's a big deal for them. It's fucking Raya, man.

As I see the fireworks explode into a cacophony of sounds and colours, of red, blue, green and more, I feel a little something inside me come alive.