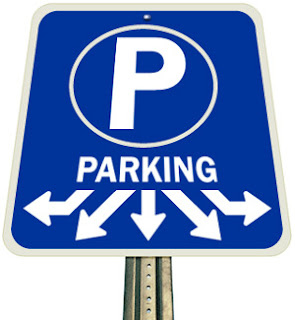 I was waiting in front of the Maybank. The time was 4.30pm. It is not quite the end of office hours, but during the month of Ramadhan, most offices finish around 4 instead of 5. The logic being that since people don't actually take lunch breaks, they are entitled to leave an hour earlier, the hour that would have been spent on lunch.

Nevertheless, not all companies adhere to this. Or rather, not all companies with Muslim-majority employees do this. My father is still held up at UiTM, attending a meeting; it was only minutes prior that he informed me of his departure from Shah Alam.

I sat there reading an issue of FourFourTwo. In some ways, it is an interesting magazine, and I bought it partly to pass the time. I can't not read something, and so FourFourTwo was the choice I made, even if it was only for half an hour or so. I find it ironic that it is one of the better football magazines in the market (doesn't beat World Soccer for breadth and depth), and yet its name is based on a formation that is fast becoming obsolete amongst the award-winning, trophy-collecting megaclubs and countries of the world. This thought crossed my mind as the waft of durian floated over from the a van nearby; the owner had set up a mini mobile stall of sorts.

And so I sat there, minding my own business while I try to enjoy an article about how the fixtures for the season is thought up (not a very good article, mind you). A lady driver parked in front of me, right along the curb. There's some space on the other side for cars to pass, so even though it's somewhat illegal, the risk of public obstruction is rather low. I believe it is this risk that is assessed by many in deciding whether a law is actually broken or otherwise. The woman's husband stepped out, and stepped into the bank for a moment.

Along came a blue Suzuki Swift, with a rather elderly lady. I don't know whether that's actually her car, for its image doesn't match the driver's reality. Nevertheless, it doesn't douse her feistiness, for she was honking like it was nobody's business. This time, it did catch my attention, and probably everyone else within the whole kampung. Looking at it from my vantage position, it seems as if the car couldn't pass through, forcing me to reassess my initial observation that the public wasn't obstructed.

She honked again. The lady in the first car got into the driver's seat, started the engine, and moved away, parking her car slightly further away up the road. Now, at least, nobody can complain about the obstruction of public movement.

Or can they? As soon as the first car moved away, the Swift moved in swiftly into the spot that was just vacated by the first car. I realised that it wasn't a matter of her car being unable to move through, she had wanted the parking spot, and only pretended that she couldn't go through. Funnily enough, she got out of her car, and her parking was so bad that there was a mini-queue of other cars forming behind her. As it turns out, she had stopped there to buy from a durian van parked nearby. Even the van's owner had to encourage her to park better, somewhat admonishing her to move her car. This she did.

I laughed, and wondered what my father would have to say about this if he knew of the races of the people involved.