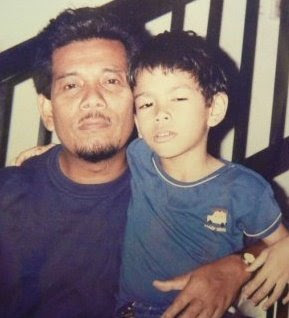 We were on the way to paying for the electricity bills. Power had inexplicably been cut at home, and time is of the essence; paying for it right about now would entail a penalty of only a few hours without the life-giving currents. It says something that human beings have become so dependent on electricity merely to continue living (you won't necessarily die just yet), and perhaps that in itself is worthy of a longer musing in the future. For now, however, time is of the essence.

The place? Taman Melawati's Tenaga Nasional Berhad's branch office. It's not a new building, and it has been there for as long as I can remember, but for some strange reason, I could not quite recall it on the way back as I quizzed my father which branch we were supposed to go to. There's quite a number of them around, but going to the right one would make things quicker, apparently. The right one would be the closest to the house, but I couldn't recall there ever being a branch in Taman Melawati. He insisted that there is, and so it was. It's right there, but I didn't see it. Or rather, I did see it, but it didn't play well with the accepted values lodged within my head.

I grabbed the ticket from the machine, and groaned internally as I saw that there's a fair number of people in front of me still. Perhaps numbering close to ten. I wished I had brought in my 'Stanley Kubrick Directs', a book I loaned from the library. Given the length of such proceedings, I reckon I could have breezed through at least ten pages. Time is not necessarily money, but it is expensive.

I sat down. After a few moments of boredom, I got up and walked around the place. Just as my mind began to form a half-thought of where my father is, he walked straight at me almost out of thin air. In his grip, between his finger and thumb is a small piece of paper. It's similar to the waiting ticket I had at that moment. “Look, this one is quicker,” he said, smiling widely. I looked at the number, and lo and behold, it is the next number up. “I'm a senior citizen,” he said proudly, almost revealingly too.

I smiled. Sometimes I forget just how young my father really is. If you do meet him, you wouldn't know it, for he works with the vigour of a man half his age. His mind is still sharp, his networks strong, his train(s) of thought unstoppable at times.

I forget. I suppose we all do at times. Or rather, it was right there. He has been right here all the while, and I did see it, but it didn't play well in my head.

surrexia said…
That is by far the best description of Bapak. Well done, mate. :)
5:09 PM