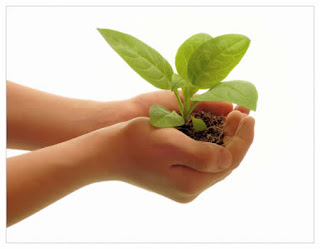 I hate that word with a vengeance. Does that sound sensationalist? A little too much, a little too strong to be taken without water? Perhaps it does. Perhaps it is only through this way that I can properly express my disappointment and anger at those who have appropriated the usage of that word to suggest the hands of Allah working their magic when all they really want to do is to mask their own incompetency.

And therein lies the conundrum. It's not that I hate the word rezeki, I hate the usage of the word. You see people using it every single day for almost every single thing. You hear it all around you when you are in a Muslim/Malay-majority part of the population. I hear my father use it all the time, my mother use it half the time, my family and friends (Muslims and non-Muslims) utter the word almost like water at times. My father, in particular, uses it whenever we fail to get a parking spot, as the car in front of us would just manage to zip in in time. “Takde rezeki,” he would say, and sometimes follow up with a whistled song.

Loosely translated, it can be used as a substitute for the word 'luck'. We weren't lucky enough, it's someone else's turn, we'll get it the next time. I suppose within the context of everyday lexicon, it is the kind of luck that God bestows us. I doubt whether Allah would get down and dirty to micromanaging parking duties at One Utama, but I don't doubt that he can if he wants to. So, luck it is. Blessed luck, or chance, or fate, that has been bestowed upon and chosen for us. It's not a bad thing, actually, and it has led to a calmer existence for me.

That existence is ruptured and shattered when the term rezeki is taken away from its original context and used to present people's failings as God's will. God's will. It is God's will that gave us, human beings, our own will. We have the freedom to choose, to make, and to do what we will. It is this that is a part of the problem for me. It is not as if I can't accept failure or mistakes. Once again, it is a device that I use for my own management. I know that I am myself imperfect, disorganised, not punctual, unreliable, and not quite trustworthy in my own little ways. That's what we all are, truth be told; that's what it means to be human.

I do not, however, take on the term 'rezeki' and claim that it is God's will the financing for a film is not organised and sorted out properly. I do not look up to the skies and wonder, “Why, God, why...” when it is I who have failed to do my web designs properly for the amount of money that I have been paid. I do not hide behind Islam, my songkok, the direction of my prayers, the will of God when I fail to communicate the progress in relation to a project. It is people's failure, a perhaps a disconnect between what they want to do and what they are capable of doing at that time, but it is the breakdown of the will of people, and it has nothing to do with God. Just as we don't blame our parents for every single mistake we make, so we shouldn't hide behind the mask of rezeki and of God when it is our incompetency, the fallacy of mankind, that should be looked at.

Shame on those who do so.