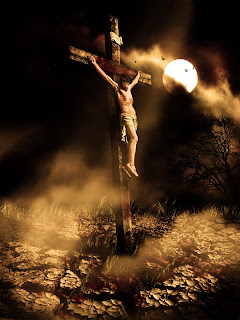 There are no soldiers here! Dallas rushed down the hallway, back where they came from, cursing at himself as he did so. He had already commanded his men to move back, to fall back to their ship as quickly as possible. Their footsteps echoed, metal bouncing off the metal corridors, mingling incestuously with the alarms blaring over them.

Their entry had been spotted, and the red flag has been raised. The droids have been sent on their way to protect their turf, to send these invaders back to where they came from. Invaders, Dallas thought to himself as he spun around, shooting a battlebot accurately with his one single shot, that's what we are.

Now, in the midst of the war, as the battles raged all over the galaxy, he thought they would gain an upper hand by jumping on their military supply convoy. Here, in Itana system, the soldiers... the soldiers, that's who we want to stop. The war has been going on for over seven years, with no end in sight. He had thought that by interrupting their supplies of soldiers, they would gain the upperhand. That could just swing the war their way. It could just save the lives of millions of people. If only they can get the Nimidians to see sense and surrender.

But instead...instead he and his team discovered dead soldiers. Dead robots. Bots who have died on the frontline. The metalheads honour their dead. They believed in them, believed that their death contributed to something worthwhile, while the humans...the humans send theirs on dead rubber mission to their deaths to prove political points.

The bots honour their dead.

As he raced through the narrow corridors, however, his mind couldn't help but raise questions. What are the set of circumstances that led them down here? He doesn't know. The answer's there, waiting for him to make the final leap across the gap and grab at it. But he couldn't think now, not now, not with the lasers fizzing past him so hot that it deflated the hair on his arms even without touching him. Once in a while, he'd turn back and fired the shot, but it was more of a time-buying tactic rather than anything else. He couldn't hope to escape from this...could he?

Hope, think, these are not the things to do in such situations. Strip us down to our raw materials, and we are nothing but flesh and bone, meat upon muscle that moves instinctively according to us. Our nature, training, environment, exposure, discipline. Our hands move without it being told to do so, the feet stomps the ground with enough momentum by nature, not by force. That's what Dallas is moving now. Thinking and hoping is for those with time. Luxury. His time may not be much left. He has to move.

And then he realises that that is the last thing he needs to do. He wants to do it, of course...but need is different from want.

He turned the final corner, towards the hatch from which they had all come. His team, already inside of the spaceship, beckoned towards him. What are they saying? He couldn't hear them, couldn't really see them, truth be told. Time had slowed; he hadn't met the love of his life, but he certainly saw the bigger picture for what it's worth. He saw his role in the scheme of things, and the elixir of truth that everyone had searched for but couldn't find.

He slowly turns and faced the oncoming rush. In doing so, his left hand, sweaty and dirty from space grime, thumped the release of the hatch. It shut, and, pretty soon, he'd hear the spacecraft shuttle off into the distance. Pretty soon, it'll only be...

...OK, he was wrong. Right now, it's only him and the bots. They're staring him down, grey metallic structures all, with red lights pivoting left to right in lieu of eyes. Humanoids, but not human, they have only one intent: to take him down. Their mission: will be accomplished. But that's nothing in light of what Dallas knows. Nothing in light of what he has realised. His mission, his role, is never to have been to step up into the spotlight. All the time at the academy, his lot was not to come out on tops of Kye and Jayken. It was never to be with Kida, never to be...

But this...this he can do. And he'll do it well, playing his role. In his head, the popular rock song, Time for Miracles, whirred into life. His hands gripped his gun tighter as the stand-off continues, as the moments passed from one into the next, into immortality.

The chorus hits, just as his team, his soldiers, his men, made the jump into hyperspace, to the Vole, to live and fight another day.

He smiled. Not to fight. Just to live.