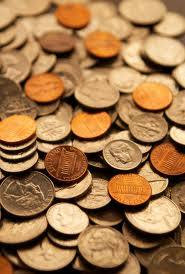 I waited patiently in line, my mind and thoughts kept pretty much to myself as the couple in front of me fumbled with their money, machine, and eventually their respective transit tickets. Whistling excitedly (or at least, that's what it sounded like), they grabbed their tickets and moved away just as quickly. Next to me, other people were lining up for their own tickets at their own machines; it was surprisingly busy, even at 10pm on a weekday.

It was soft, it was weak, it was barely audible. But it definitely was there: a short cry for help. I afforded it a glance as I stepped forward and closer to the machine. I see a woman, not particularly old, but old enough to wear the years on her face without being totally classified as being an ajumma. She was wearing a dirty yellow jacket, and I don't mean dirty in a stylish manner either. It was plain, but the marks were there. It was the only part of her that seemed to mark her as some sort of vagrant, but it was the most striking feature of her.

No, I take it back. Her face is more striking than most. Her eyes, to be more specific. Aesthetically speaking, I've always had some sort of obsession with eyes. I use it as a standard to judge a lot of people, and none more so when it came to actors. It's particularly useful, and as a tool of conveying what is contained within their very hearts, there is few that does it better.

So, her eyes. She saw that I had been looking, and, having been ignored by the rest of the group next to me, she stepped closer towards me, her hands cupped out for mercy and...help. "Please, I need some money for the bus."

I gave her a quick smile, and held my hands up. Other contexts would have deemed it to be, "Sorry, I don't have any money." This particular one, allied with my noticeably darker skin, strongly suggested what I intended it to: "Sorry, I don't understand." It is a most useful weapon to get rid of unwanted irritants. I tend to use it when I receive calls from unknown people. My stalker, commonly known to others as LG Telecom, bombards me every other week with requests for money. I ask for them to explain in English, and they just hang up (it doesn't mean that I haven't been paying my bills, mind you; they take it straight out from the account, so there's no real reason to bother me otherwise).

That is, of course, until they come back with someone who can speak English...

...but that's another story for another time. The story for now, however, is the lady who is asking for money. It is for her bus to go home, and she is missing a small few bucks. I resisted; I am not rich, I need all the money I could get my hands on myself. In truth, I am able to give to her, but there's always the reasoning at the back of my head: I might need that money for something else later. I'm a firm believer in every little helps, despite it being a Tesco slogan, and in my situation, every little does help. I ignored her, and she went back to asking other people.

I got my ticket. I slipped the balance into my wallet, and afforded her another glance. The person next to me had refused her once again. In fact, most of the rest ignored her; my own act of refusing might well have been the only act of recognition that placed her firmly in this particular existence, at least for that moment. A shadow falls upon my heart.

"What is the han?" someone had raised at an educational workshop I had covered recently. "A Korean friend of mine told me that the Han is a very difficult concept to explain, but he settled for this: a shadow on the heart." My mind jumped to that particular moment (which is not surprising, since, at the time, I was heavily involved in editing the video), but it wasn't for the purpose of the Han. I felt a shadow on my heart, a burden on my shoulder, but I knew exactly what it was. I had read a number of the Prophet Muhammad's sayings over the past few days, and it had caused a great number of reflections to be made. I had considered myself and my position as a Muslim, but more than that, it made me think of what I can further do as a human being to other members of the human race.

She looked at me again. I gave her a firm smile, without parting my lips, and merely gave her a 1,000 won note peeled from the change I received from the machine. There was a moment, a pause, during which she wondered about my sincerity, perhaps, or maybe her luck; let's face it, stuck in the same situation, what would we have think of our own rates of success? All things considered, it was a nice stroke of luck for her.

Was it sincere on my part? I thought that it was. More to the point, I felt like it was, because the moment she took my money from my hand, I felt a great release. It made me wonder later on, during the subway ride, of how much more I could have given in the past, of what I could have done to change things. After all, 1,000 won is potentially small change (and, in strictly financial terms, it is). To that lady, however, it was a lifeline, a single note that enabled her to get home on time.

As she scuttled off into the distance, clambering up the stairs towards one of the subway station exits in the hope of catching her bus in time, as she left without saying thank you or goodbye, for that moment at least, I left behind the question of whether I did it for her or for me. Or for the both of us.

I left behind that question, because it was the best decision I made for quite a while.