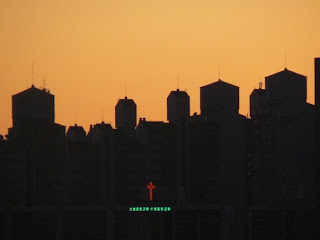 Watching Al-Jazeera recently, I am reminded even more about the current 'crisis' that Christianity (as a whole, I'm tempted to say, but perhaps it's more limited to Catholics?) is facing. I am referring to the recent revelations of sexual abuse by respected figures within the church, and the apparent attempts to cover them up not only in recent times, but also over the past however many years.

To be honest, I wasn't particularly surprised. I say that not with malice in mind, but with some amusement; going back to even before Muslims were branded with the stereotype of being a terrorist, Catholic priests have long been poked fun at as paedophiles. The existence of such a stereotype has long been a staple of comedy all over the world. Thus, I have to admit that the news that certain priests and bishops have been abusing their power didn't exactly shock me into submission. In fact, at first, I admit to skipping the reports, and moving on to the next one.

However, it kept on growing. It became bigger and bigger. More and more reports emerged from other parts of the world. The Pope was even implicated. News of the Polish president and some of the top authorities in the Polish government perishing in a plane crash didn't even knock it off its perch. It became an uncontrollable monster that appeared to have finally shaken off its shackles, intent on causing as much destruction to those around it and beyond, a multi-headed Kraken that can't be stopped.

However, that's not exactly the reason why I'm writing this. The reason why I am is because I am alarmed at the number of people for whom this incident has shaken their belief. I am somewhat amazed at news of people who no longer go to church, of people who have stopped and questioned at their position in life, at the broken trust of not just between them and their priest, but between them and God. A moment of some confusion was followed by swift comprehension: as much as Islam and Christianity may have in common, the regard with which the priest is held with is not comparable. The closest equivalent in Islam would be the imam, the man who is entrusted with leading the prayer, with dispensing advice, with a deep understanding of all aspects of Islam. Priests in Catholicism has a similar role, but it goes beyond the boundary: for many, they represent God themselves. For example, many consider them to have the power to forgive the sins of others on behalf of God; it is not the same power to be found within Islam or any other religion I can recall at the top off my head for now. Others offer a more direct route to God; Christianity, from what I have learned, allows much of the same, but with the added presence of the priest as an extra conduit to heavenly goodness.

Within that single moment, then, it dawned on me how big of an issue this really is. After all, within the bigger context, and in pure statistical terms, its popularity has not exactly been rocketing off the charts. For example, church attendances in England have stagnated for a while, and a similar picture is painted throughout the rest of the world as well (interestingly, Brazil has the largest Catholic population in the world). Of course, one's piety shouldn't be automatically and totally linked with external show of appearances (because if that is the case, then I'm not really all that good a Muslim either...), but it is a indicator that this latest round of salvo from within doesn't help matters much, if at all, in terms of drawing and pulling people back to the church.

Which is unfortunate...because I believe that when times are tough, it is exactly faith in God that needs further reaffirming. I do not for one second believe that it is a dilemma that is afflicting each and every single Christian in the world, but I do hope that this issue is not the turning point for them, not the deciding factor in them lessening the power of their grip on their faith. I hope that they will be able to look beyond the failings of a few men who deserve to fall from their pedestal, to fall from the grace for the corruption and abuse that they have effected upon those who had trusted them. I hope that if they do leave their church and religion, let it be because it doesn't work for them, because it doesn't give them the peace they had been looking for, because it did not live up to whatever expectations they may have had. Of course, one should not be forced against one's will; if the magic is gone, then I suppose it is indeed gone.