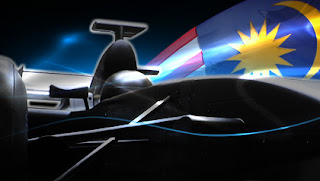 In light of the recent start of the Formula 1 season, I have to applaud the results and efforts of the Lotus F1 team. I had written about this particular venture sometime late last year, and while I stopped short of completely admonishing the team's entry for what I feel are reasons that don't quite fit with Formula 1, as it stands, the team has done quite a good job thus far.

It has to be said that succeeding in Formula 1 is not an easy job, and thus the ability of the Lotus F1 team to get to the grid in Bahrain is a big plus. The fact that they managed to finished that race is a huge bonus, one that establishes their credentials as potentially the best of the new teams thus far. I decided to wait until after the Australian Grand Prix to write of this, because it may well be a one-off, a flash in the racing pan. As it stands, it looks as if Lotus might well flower into a team that could potentially nick a few points off the middle-tier F1 teams.

Let's face it, Lotus is probably not going to win a whole race on merit this season. In short, I think there are three divisions within the current F1 grid: the front-runners like Red Bull and Ferrari, the middle teams like Williams and Sauber, and the tailenders like HRT and Lotus themselves. As such, success should be quantified within this particular context, and I think they have done a stellar job thus far.

Consider the fact that on Sunday, Kovalainen finished as the best of the minnows (albeit two laps down on the next runner, de la Rosa's Sauber). Kovalainen's qualifying lap was over a second quicker than the next minnow team, Virgin, while his own fastest lap of the race is good enough to place him 14th of the 20 drivers who managed to post a meaningful lap at Melbourne. In fact, it is merely two seconds off Vettel's best lap of the race, and was set six laps from the end of the race, suggesting that the car handles well enough towards the end of the race for Heikki to give it a good go. It also suggests that his fitness is nothing to be sniffed at either, and that he has prepared well during the pre-season. Of course, two seconds is actually a bloody age in Formula 1, but it should be considered that for a new team, being two seconds off arguably the fastest team in Formula 1 this season is no mean feat.

In terms of reliability, it is even more impressive: both Trulli and Kovalainen lasted the distance in Bahrain, making sure that they go some way towards Richard Branson being a stewardess for AirAsia. Trulli blotted the copybook with his botched started on Sunday, but it was a hydraulics failure that happens to the best of teams. Kovalainen took the mantle and ran with it; as it stands, he has completed 96.3% of the season's total number of laps, putting him above the rapid German trio of Vettel, Hulkenberg and Sutil, as well as the Sauber duo of de la Rosa and Kobayashi (who has only completed 11 laps, as it turns out). The team as a whole completed more laps than the half-factory team that is Renault.

Stats alone does not a brighter picture paint, but it has suggested that Lotus has gone about their business in a professional and diligent manner. Tony Fernandes himself is still hanging around, which I give him credit for. Based on his earlier quotes, I thought that he might have handed it over to someone else, but he appears to have taken the job of being a team principal seriously enough. When you think of the fate that had befallen USF1, it does put into sharp contrast of the difficulty of starting a brand new Formula 1 team, and in that regards, I think they should be highly commended not just for their efforts, but also for the results on the grid thus far.

Having said that, I wonder how many people do see the successful start that Lotus has made as exactly that: successful. A lot of people still do not understand the intricacies of Formula 1, and as such it means that a place outside of the points may well be seen as a failure. I am not back in Malaysia, and so I cannot accurately gauge the level of comprehension and excitement about Lotus's achievements, but I do hope that sufficient efforts are made to ensure that the good start the team has made thus far is properly recognised. It is still a long way away from what the stated objectives of the entire project are, which is to established a motorsport industry in Malaysia as well as to promote Malaysia itself; on a personal note, it is still not that nice to see the Lotus brand tooling around at the back, given it's proud history. Nevertheless, I feel the good must be commended, and so here I am.

Well-begun, however, is only half-done...