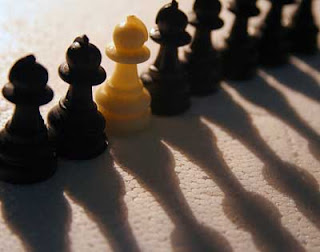 In 1994 Jung married a man from Pakistan. At that time ‘international marriages’ were very rare. They have two children.

In an article from the Chosun Ilbo in 1997, it is clear that Korean society makes a distinction between ‘white’ migrants and those with darker skin. There are many examples of this difference in perspective. For instance when a complaint was filed against a security officer, the officer was not disciplined; instead he was moved to another department. There have also been incidences of migrants not carrying ID cards being taken into custody without further questioning.

The online response to the article reveals further prejudice: netizens warn of the “dangerous Islamic religion” in which women are sexually assaulted by their husbands; “Pakistani people are trash… [because] they don’t change their religion or culture [and] look almost like Africans”; others refer to “Pakistani cockroaches”. There have also been complaints about ‘white’ migrants intermarrying: “these handsome white guys marrying Korean women – how dare they, when they have such low moral standards?” Underlying these comments is a fear that the (perceived) homogeneity of Korean society is now in crisis. The number of international families in Korea has now reached 60 000. In response, the Ministry of Culture, Social Welfare and Gender has introduced various multicultural policies. However, these measures stand in contrast with the comments posted by netizens, comments which have been vetted and allowed by the website administrator.

In 2003 a ‘warning’ was posted on the website of the Korean embassy in Pakistan regarding the dangers of marrying a Pakistani man. The post warned women not to be “cheated into marriage” with Pakistani men who would later abuse and exploit them. This implies that the (Pakistani) husband is the only possible source of tension within the marriage. It is not difficult to imagine the reaction of Korean society if a similar warning was posted on foreign embassy websites in Korea! Unsurprisingly, there has been much debate about the discriminatory nature of this text.

Jung has herself experienced discrimination as the wife of a migrant. In 1994 when she returned to Korea she was subjected to a lengthy interrogation which included personal questions about her motives for marrying a Pakistani man. Jung asked, “would you treat me this way if I had married a white American man?”, to which the officer replied, “no!”, implying that she should have chosen a white westerner rather than a dark skinned South Asian man.

In the past immigration law in Korea also distinguished between men married to migrants and women in the same position. Women married to Korean men could take on a Korean identity and were able to work. The same was not true of men married to Korean women. The law has now been changed; nevertheless, treatment of the two groups is not equal. For example, classes in language skills and kimchi-making tend to be aimed at migrant wives, and are held in the daytime when migrant workers/husbands are unable to attend. One journal on multiculturalism even admitted to targeting migrant wives to the exclusion of migrant husbands. The prevalent attitude is that migrant wives should live in Korea and adapt to Korean culture, whilst migrant husbands should live outside Korea.

Language and naming is also a problem. The term ‘multicultural families’ is used to refer only to marriages where one partner is Korean, excluding the many migrant families in Korea where neither partner is a Korean citizen. Yet these families also face prejudice and discrimination. In Kimpo a recent development project means that many families, including Bangladeshi refugees and North Korean refugees, will be forced to move to another area. Although benefits have been offered to North Korean refugees and families with one Korean parent, the Bangladeshi refugees have received no benefits or assistance, and are faced with the urgent problem of where to live following the redevelopment. Despite qualifying as refugees, they are not offered any way to sustain themselves in Korea. How can such a situation be called “asylum”?

In other cases migrants and those married to migrants have objected to the terms used for migrants in the media. The terms ‘Kosian’ and ‘mixed blood’ (as opposed to ‘pure blood’) are problematic because they encourage the idea that migrants are in some way pitiful or different, creating further division and discrimination. Language is also an issue in multicultural programs, which often include the terms ‘therapy’ and ‘educational’ in their titles. Groups offering these programs say they need to include these terms to receive funding. However, these titles serve to reinforce the idea that migrants are problematic and require special treatment and assistance. Even human rights materials persist in depicting migrants as being weak, pitiful victims, whom Koreans, being far superior, should help out of a sense of charity.

Finally, returning to the case of Banajit Hussain, it is very significant that the initial response from the police was that there is no racial discrimination in Korea. If Korea wants to be truly multicultural, the problems mentioned here need to be exposed, and must be recognized as issues concerning not only multicultural families, but Korean society as a whole.

**Banajit Hussain is a university teacher who was racially discriminated against by both a Korean bus passenger and the police. Read here for details and context.