Calling of the Cool 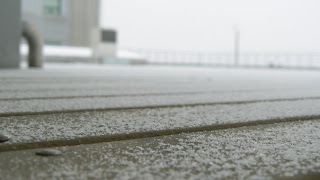 With the dawn of a new year, the old one fades into the distance. The new became old, current became outmoded, present became past.

There is one thing that I have always, somehow, been amazed with: the passing of time. It wasn't a matter of looking at the clock or the watch and beholding yourself to the amazement that occurs. No, rather, it manifests itself in a lot of the little ways, the mini symbols and signs that indicates that what once was true, no longer is.

It's like watching a movie from the start of the decade. That's a somewhat appropriate example to use, I think, since the end of 2009 also saw the end of the first decade of the relatively-new millennium. The noughties, one might say, though a big part of my mind still find it somewhat strange to call it so. Many blogs have populated themselves with lists counting down the greatest movies or the best lines quoted from films made within the years 2000s.

Mission Impossible 2, for example, was released back when I was still in secondary school. I saw it again recently on one of the movie channels on TV. I tend not to watch TV very much these days, but on the occasion when there is little else to do when I cook and eat, I do make an effort to pay a bit of attention to whatever that is on the telly. Since the kitchen is one of the few places in the dormitory that actually has a TV, I might as well take some time out to do so.

Watching the movie, I am struck by how...dated it seemed. Despite the fact that some of the technology used were supposed to be state of the art (which they were at the time), I find myself marvelling at how bulky the phones were. I was surprised at the size of the sunglasses, and even the clothing style made me feel a little blerk. I know that's not quite the word, and perhaps it is a bit rich coming from the not-so-fashion-conscious person like myself.

But the point I am trying to make here is how that seemed to be so...old.

A quick look through the photographs of the era reveal a slight yellowing amongst some of them. They were real photographs; digital cameras remained in the domain of the selected few; handphones were a few levels away from the time I'm actually allowed to have them. Even when I did, I resisted, for the fear of being available at anytime to anyone wasn't a situation I imagined to be ideal (I remember saying to my father that I wouldn't enjoy getting a phone call as I do the business on the bog). Laptops, computers, cameras, video recorders...all now merged into mini mobile machines. Distant films from faraway lands, which seemed impossible to get and watch at the time (I remember being somewhat depressed that Memento wasn't as readily available as I think it should be) are now as readily available at your local pirated DVD vendors and as readily available to be downloaded from the Internet.

Ah, Internet. I remember popping into easyEverything in central London on the way back home from school. I remember thinking how cool it was to be able to send emails almost instantaneously to anyone anywhere in the world. I had an ICQ account, I would use that to chat with people from Africa and the Americas. “I'm in London now,” I typed proudly. Now everyone everywhere can do that, and London, a place that broke and made me, doesn't seem all that special anymore. Now even the smallest villages have Internet cafes, including my grandmother's back in Johor. Not a day goes by now without me checking the Internet; if that ever occurs, there is a sense of lack. Even started putting pictures in my blog posts; now I can't imagine not using one for every post.

Interesting, isn't it? The change that constituted itself in us, manifesting its way across into our nether regions, until it becomes almost impossible to dislodge. What is it? What is it that is making our way into our consciousness in such a way? It is not a real thing, that's for sure. It is the virtual, the imagined, the felt, even if it was brought about by real things. I notice it happening all around me, as well as within me, and I am not sure that it is necessarily a change that I particularly like. What must have all those people who went before us felt like? As time moved from one year to the next, morphing into decades, what must have they felt like?

But then again, this is life. Change.

Happens all the time.