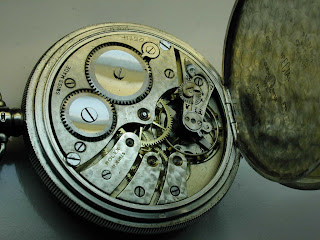 Lovely little place, this is.

I took a sip of my tea, handling with care the beautifully adorned cup. Its gold motif was striking, yet subtle. I especially liked the thin little line running across the rim. It gave off a whiff of elegance, style, class. Much like the Armani suit the adorned my hard body, much like the haircut that screamed 'NEP golden boy', or the glasses that shouts sophistication, of weekends spent in Apgujeong rather than Sangwolgok. Me no more from that part of town. Me have climbed up.

I looked at my watch, the golden Rolex ticking along noiselessly. What kind of Rolex is it, I wondered, as I raised it closer to my face, making the act of checking for the time an elaborate one. Showing to the whole wide world, for what it's worth. Who cares what it's worth? Look, everyone, it's a fucking Rolex.

I leaned back, sufficiently convinced that no, she had not stood me up. Not this time, not again anyway. Not after the begging and the grovelling of the last time. She can't leave me, not again.

Please. She can't afford to. Who else is going to give her what she wants? Who else is just as capable?

All that ran through my mind as the cute little assistant shashays her way over to me. Is that the right way to spell it? I thought as my eyes are fixed on the outlines of her slim figure coming closer and closer. Who cares. I considered the various little things I would do on top of the sweet talk we had earlier. Who knows, perhaps by the time the clock strikes twelve, I be tapping that...

If I was still holding the cup of tea, I would have dropped it on myself. As it stood, I reacted as if I were, as if the hot Jasmine had spread all over my crotch.

I stood up with rage, erect with volcanic and furious anger.

"OK," I said calmly. I grabbed my coat and went out the door, swinging it over myself with style as I did so.

As I stepped out into the streets, I turned to take one last look at the club. Inside, the revellers droned on with their worthless lives, living the life filled with symbols saying, "Look at me, I'm rich, bitch!" The day will somehow come when they will realise the disparate difference between what they think, and what is the truth. Between image and reality, desires and capability, between ladder rungs and glass ceilings. They think they're important, they think they matter? They have no idea.

At least I wasn't dreaming anymore. I unclipped the Rolex from my wrist, flicked it into the drain, and started walking down the street, down the direction whence I came from.

It was fake anyway.