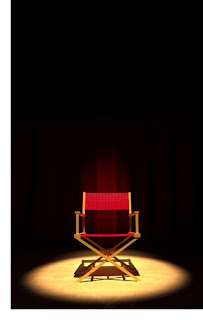 “Is this something that can push things forward?”

I put the script down, being careful not to get it smudged by the dew marks from the ice blended Mocha. It didn't seem like a big challenge, but somehow, surrounded as it were by boxes of cigarettes, a couple of lighters, and a near-overflowing ashtray, it became more challenging that I thought. I made it through, somehow.

“Can you use this to get a chance to make a feature film?”

That was Tony, my cinematographer. We were couched, as it were, together, at the 2nd floor at the Itaewon branch of Coffee Bean. Discussing our film together, he had come up with some criticisms of the storyline. It's not a new thing, this; I am rather used to people telling me the opposite of what I actually want to hear, which is actually what I want to hear.

Confused? I love criticism. At times, I thrive on it. It may not seem that way before, but over time, I find myself dealing with negative feedback far better than I do with praise and plaudits. Beyond a simple thanks, I don't really know how else to react when someone say, “Wow, Fikri, 'My Father's Son' really touched me. It was so great!” They'd then go on to further illustrate how good it was, bringing into play a parallel from their own life. Which, of course, made it even more difficult for me to be comfortable in that situation.

With criticism, however, it's not such a bad thing. With criticism, I feel that there's always a part of me that's ready to swat things away. The script, 'Fly Me To The Moon', has been in 'circulation for a long time. I had thought of the story and its basic outline years ago; I had practically finalised it for shooting last year, before deciding to eventually push it back. Dragging it back out for my graduation project, me and Tony had sat down to discuss how to actually visualise the whole thing.

In a way, though, they are not criticisms per se. Not of the kind that I am keen to have, anyway. I can deal with a lot when it comes to the bad words of others; it's a thick skin I developed from the harsh bullying of my secondary school years. It doesn't mean that I don't get angry, it just means there are less ways to hurt me by way of words. It depends on the person, rather than the words themselves. In this case, they don't hurt. I trust Tony with a lot of things, and especially with my film life. Perhaps I shouldn't, really, but that's the fact.

The fact of the matter is Tony also has an inquisitive mind at the best of times. We had discussed the majority of the shots for the film, and he visibly squeezed the mental juice out of his brain as he tried to understand my ideas, my shots for the film. Now, at that moment in time, with less than two months away from the shoot, there are still plenty that has to be clear. I don't do storyboards, which is why it's imperative that Tony understands what I'm trying to say.

“I don't think this would have much of a problem getting into film festivals,” he explained. “But I do want this to be something that you can use to make feature films with.” He then explained how he felt the emotional journey of the character could be further improved, highlighting this by balling both his fists and placing them on an imaginary graph somewhere in front of him. This is the beginning, this is he end, this is when the brother did this, this is at the beach. It was good information, it was good feedback, even if it wasn't something that's truly new.

It was, however, relentless. Tony's own ideas comes in after the mingle of ideas that had been the two professors I have had since I decided upon this script. Many who I discussed it with also had different ideas. The constant flow of other people's vision flooded my mind, and made it even more difficult to hold on to what I originally had intended. I suppose this is not necessarily a battle that is fought by filmmakers, or by artists across the spectrum. The battle of wits, of words, of ideologies, of the strength of one's personality to hold on to one's vision can be long and weary. The final say is mine, but the constant railing against my walls by others can be exhausting.

It doesn't hurt, it just tires.

He took off his glasses. His eyes were red, somewhat glazed. I surmised that he didn't have enough rest the night before. I was one step ahead of him; my glasses were off a long time ago. They tend to come off when I get deep in thought, as though the lack of focus concentrates my mind on making a decision.

That, ultimately, is what directing is. It's decision making. Snap, snap, snap. In the heat of the moment, it's these kinds of questions that comes at you, sharp and fast, left and right, affording you no time to truly catch a breath. What kind of angles should we go for? What size? How should the actor be feeling at this moment? What should his body language be like? The clothes, should they be of a certain colour? Speaking of colour, must the environment reflect that of the actor's or the scene's mood? What kind of props and items should be in the background? Shall we go with the master shot first, or do the close ups? What about this shot, instead of that? What if we do the actor's hair like this? His make-up? Glasses? Why don't we do a dolly shot for this? What if he says this line instead in this way?

How, what, why, when, who, where, why, why, why. Even in pre-production, the questions all come straight at you, and it is from you that the decisions are made. It's a form of pressure management; my father would say that filmmaking is problem-solving. That's not untrue, but the problems (or not) arises from the decisions you make. Sometimes, when you're at the head of the table, the pressure can be a little more intense. Imagine, then, the pressure of filmmakers dealing with the studios and other such power-brokers, people who could make or break your career within a single moment. What kind of pressure must Michael Bay be under when he made 'Transformers'? How did Bryan Singer control the madhouse that must have been the 'X-Men' and 'Superman' films? Others have wilted under this pressure; by making short films, then, I am practising dealing with this, dealing with the decision-making process to ensure that the final product will be dramatically viable.

I suppose within that process, you'd have to be a little bit of an egomaniac.

“Probably not,” I finally answered. It was a long silence from the question, but it was what it was. For all of the ideas that people give me, of which some is good, some is bad, it doesn't beat the honesty that comes from within. “I don't think this film will necessarily or directly lead me to a feature film. But I still want to make it the way I want.” It is a reason that I cannot quite use to effectively swat away some of the questions. It is a weak sword, less strong that the word it carries.

But it is a reason that is the most important, the most difficult to hold on to, the most challenging for people to find acceptable, and yet the simplest of all the answers.

That's the way I want it. It lies thinly between conviction and arrogance, but there is no other reason that ultimately drives me the way this one does.

Sometimes, holding on to your vision is really as simple as that.