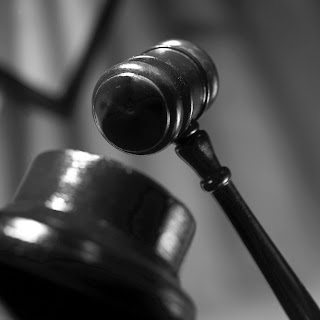 We were sat at the Baskin-Robbins in Hongdae, enjoying the sights and sounds of the city on a Friday night. It wasn't a bad view to be enjoying: the speaker system was playing some of the latest pop songs, while the ladies of the night were certainly a sight for sore eyes.

I turn to him, digging another spoonful into the cup of Cookies and Cream as I do so. I know not why I am not particularly adventurous when it comes to my ice-cream. It's got to have some sort of chocolate in it; beyond that, I never felt the mood nor the need to try out different flavours (with the singular exception of a kimchi ice-cream some years ago). He is Edmund, a Malaysian filmmaker who is not without his renown. We were talking about our respective blogs, in my case my film blog.

“Now that I am making films more regularly, I just feel like I am not really in a position where I can write about films in that way again.”

I nodded silently. Ming Jin, another filmmaker, sat back quietly in the chair. I don't know how closely he is following this particular conversation.

“Fair enough,” I thought out loud, and soon enough our thoughts turned back to the lady in blue sitting a couple of tables down from us.

In truth, the above was the gist of what the actual conversation. A part of the reason is because I no longer retain the ability to recall word-for-word conversations that have floated around for days, weeks and months. Furthermore, recent events have reveled themselves time and again to prove me an unreliable witness, even as I lay claim to such iron-clad remembrances.

Nevertheless, it was not without thought that the above comments were passed. I understood truly what Edmund meant when he said that. When I started writing on my film blog over a year ago, I did so with hopes, as ever, of change. For my part, I had wanted to explore a little more my own abilities and talents, whatever they may be, in writing about films. I have always had a deep love for the movies, and writing about them seemed like a natural step. Previously, I had sporadically written for another online magazine, focusing almost exclusively on films. Almost, because I ventured into other areas like corporate social responsibility and the love for the other once in a while. Writing, it seems, will forever be linked to whatever future it is that I have; if not filmmaking, my pen would still scrawl above these pages.

Or fingers tap the keyboard.

In writing, however, I find that it is the uncharted territories explored that continues to surprise me. I find that in writing, I find the pleasure of discovering not only new things, but also the expression of it. I try, I try hard to express myself, but I still find room for improvement. My mastery of language is one of the keys to my vocation: one can never be a successful filmmaker without the ability to communicate. So with the film reviews, I was discovering a new path, perhaps new paths for myself.

I look back on such writings, and I realise and see how far I have come. In doing, we do not see for ourselves the changes that the doing brings about within and without us. Hell, even if such sustained efforts are made to see such changes, it does not obviously bring itself out. It hides in the shadows, poking its head intermittently, before diving right back into anonymity. In writing, I find that I write not only to judge films by its cover and its insides. I write to promote and bring to light films that may well not know the oxygen of the outside world. I translate articles and borrow blog posts from others to somehow help give an extra push of promotion and publicity, armed with the pompous belief that I can somewhat have a hand in helping to expose more of such films and filmmaking through the world. Many in Malaysia would not have heard of 'The Nines', 'Man From Earth', or 'JCVD'; likewise, those outside of the country might, just might enjoy a little flick through 'Budak Kelantan' or reading about the academia making its own films. Fazil, my fellow blogger, writes more about the stuff from Hollywood that blows our minds away. Together, there is a certain fit, a certain synergy. My father had always encouraged me similarly: "Keep on reading, keep on writing." I suppose in some ways there is a certain amount of filial piety that drives me too.

But while the above may be true, it is not necessarily the whole truth. I find myself writing not only to expose others, but also to expose myself. I had hoped that in watching the movies, in dissecting and further trying to articulate about them what it is that I myself feel inside, I may well become not only a better reviewer, but in many ways, a better filmmaker as well.

I hope in some ways to also become a better human being. In communicating, in writing, in expressing, I find myself doing and refining one of the most basic aspects of the human condition: to reach out.

I know not that I would write that sentence when I started this article. Discovering and reaching out for something new, something that has not been done before, and quite possibly something that won't be done again in the same way.

*Film for the day: '20th Century Boys' by Yukihiko Tsutsumi.

Anonymous said…
Your blog keeps getting better and better! Your older articles are not as good as newer ones you have a lot more creativity and originality now keep it up!
8:49 AM