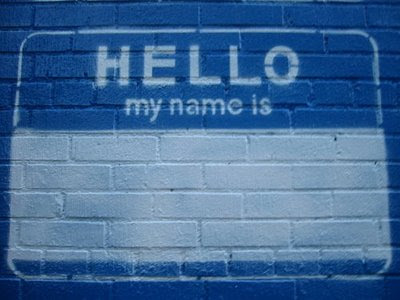 I stepped outside for a breath of fresh air. The air inside the room had been slightly stuffy, though it was cool; the air conditioner was powered to the tilt. It was cool, but somehow it wasn't as conducive to the mind as I had thought.

It was a Korean class for foreigners, held at the mosque in Itaewon. Itaewon itself is a strange creature, the holiest site in Korea for me and my fellow ummah is also one of the most famous places for people looking for their taste of Korean flesh. A stone's throw down Hooker Hill line a bunch of gay clubs, filled with men on the prowl every other night, their bodies chiseled to the max.

It is also in Itaewon that I was privy to a truly, most interesting moment that stayed with me until now.

"Here's your coffee," said the instructor, coming back hurriedly as he tried to minimise the falling rain on his head (that's one peculiar thing about the Koreans; I can understand not wanting to fall ill, but the slightest, slightest hint of rain, and out comes the umbrella quicker than a quicksilver). I had not insisted upon it, but upon my enquiry, he had rushed into the other building to fetch each of us a cup of coffee each. "Thank you," I replied, "it was most kind of you."

As it is a break, conversation turns towards the personal. I quizzed the Tajikistani a little bit about his country. The capital city, total population, major religions, etc. The other guy in the class, Irwan, looked on, intercepting at intervals to get clearer answers about certain issues. Soon enough, I turned my attention back to the instructor. I asked for his age, before shamelessly asking for his name once again; I didn't quite catch it well enough to remember it half an hour ago, but for the sake of not disturbing the class, I let it slide.

"Then why do you call yourself Amir?" I managed to somehow drag that out. "You mean you used to be a Muslim or something like that?"

"Well, no," he sipped his green tea. Irwan, by the side, long drag of the cigarette. "There is just something about it."

"Really? Islam or Arabic culture?" I wanted to get to the heart of it now. I know of Koreans who have converted into Islam, but I had not considered the possibility of someone taking on a Muslim/Arabic name for reasons other than that.

"No, well...I like it. I study it at university, and I find it interesting."

"You study Islam at university?"

"So why did you pick Amir? Because you liked it?"

"Yeah. I think it's a nice name, and it's easy enough for people to understand, so I went for it." That, for what it's worth, is true; despite having only three syllables (for the most part), for some reason Korean names don't stick well at the first, second, or fifth time of asking. Not for me, anyway.

"So you like Islam, but you're not a Muslim, and yet you picked the name Amir for the sake of it?"

Wow, I thought to myself.

Soon enough, it was time to get back in. I hung around a little while longer on the outside, finishing off my coffee. It was hot, but that was not discomfort. What was a slight discomfort was the fact that Amir's reasoning totally caught me off-guard. I have seen people pick names, but they tend to be Christian names. You don't have to travel far if you're in Malaysia for this; you'll find plenty of Christian-named Chinese people with monosyllabic last names who aren't actually Christians within a stone's throw in Damansara. For the longest time, I'd accepted it as the norm, that when people pick a name for non-religious purposes, it would most likely be a Matthew rather than a Muhammad.

For my part, I've never really bought into that; your name is your name, after all. Fikri doesn't exactly roll off the tongue for a lot of people, either, but that's OK. It merely makes it easier for me to get fikri@mail.com, rather than frank@mail.com.

I've often thought of myself as an open-minded person, one who is able to look, watch, and learn as time goes by. But something as simple as this, as someone picking a Muslim/Arabic name for the sake of a name, it has never, ever crossed my mind. Never. Ever.

I couldn't really think of the answer for that, as I finished the coffee that time, and as I sit here, with Linkin Park blasting my eardrums into oblivion. There's still more of the world I can learn, I guess. But I do know that the question shouldn't really be why.

It means 'commander' in Arabic.