Villains of the Day: Joel Surnow and Robert Cochran 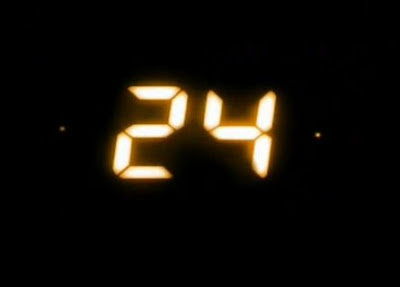 Rare are the posts posted of my heroes. Even rarer are the posts of my villains. A large part of that has much to do with the fact that I don't have any...

Joel Surnow and Robert Cochran are the executive producers and creators of the television show '24'. It is arguably the hottest, most exciting television show that I have ever seen.

Yes, I have been attracted and followed many television shows before. Friends and The Simpsons are always good for a good laugh, Heroes was interesting in the first season, while I even managed to catch into some of the Gray's Anatomy craze for a short while.

But by and large, the desire to sit down week after week, for my fix of weekly drama, really didn't light itself.

A part of that, I suppose, stems from the fact that my life already has enough drama as it is. An even bigger part of that comes from the lack of any real excitement about any TV show. None of them has enough of a hook to keep me even remotely interested to tune in next week.

The premise (the events within the season takes place in a single day) is as unrealistic as it can be, but let not that get in the way of good storytelling, of effective character building, of unexpected twists and turn, and of an impressive ability to go through an entire day without eating or sleeping. For once in my life, I am hooked to a TV show in every sense of the word.

So, 24 is good. Then why is Joel and Robert the villains of the day?

Because 24 is arguably the hottest, most exciting television show I have ever seen.

It is the one of the most addictive drugs I have ever taken, the amongst the sweetest of scents I've ever smelt, arguably the most beautiful woman I've laid my eyes upon, in real life or otherwise...

It is slowly taking over my life. Buying the DVD, there is no chance that I will get through a week, nay...a day, without the want, the need, to watch it, back to back, non stop, all the way through from the first hour till the last.

It incapacitates me, reduces my ability to work, play, and even rest.

It is a drug, and I can't stop taking it.