Two movies I'm most excited about (click on title for trailer): 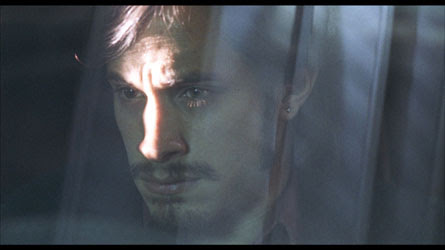 Gael storm: He will rock your world.

The most anticipated movie that I've waited for since...well, since X-Men 3. And before that...Munich. In a year that's loaded with a fair number of decent watches, that says something. With X-Men 3, it's the fanboy in me. With Munich, it's the filmmaker in me, wanting to see a personal dream pan out on the big screen (read 'M for Munich'). It's a similar case with Babel.

From what I've gathered so far, Babel deals a lot with the notion of language. The title itself is derived from the Biblical story of the Tower of Babel, whereby people were supposedly driven by their arrogance. Believing themselves to have the capability to be bigger than God, they build a tower to reach to the high heavens, only to have the big man upstairs confuse them by having them embued with different languages. Not being able to understand each other, the tower was never finished in the end.

This story reflects that, in its multi-character perspectives. There are several main characters in this, with the main stars being Brad Pitt and Cate Blanchett. I am most interested, however, in Gael Garcia Bernal's turn in this. I've seen him in The Motorcycle Diaries and Y Tu Mama Tambien, and he has always impressed me with his verve. He has an incredible screen presence, and word on the street is that he's approached to be the villain in The Bourne Ultimatum. If it's true, then, in addition to this movie, he'll complete his transition as an actor from 'one to watch' to 'one you'd bet your life on'. 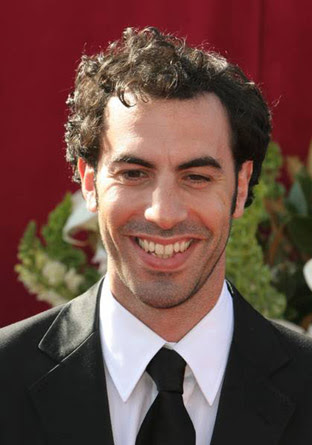 Now, Borat has been getting a lot of mention in the press elsewhere. In fact, it's already opened pretty much everywhere, and is already the most successful comedy in history ($15 million parlayed into $90 odd million at the time of writing...and that's just in the U.S.). So much so that Sascha got himself a nice $30 million deal with Universal, making him the highest paid British actor at the moment. For those not in the know, the fuss is about him going round pretending to be a Kazakhstani journalist and ask people stupid questions.

But the other reason why I'm very much looking forward to the movie...is the man himself. I've followed his career from the very beginning, when all he had was a small five minute segment on a 30 minute fake news show in England. I lived in Staines for a while (where he came from), and all my friends could say to me was, "Yeah, Fikri, Staines massive, innit?" (a catch phrase from his Ali G. character). Now to see him become this huge international star is...

...well, wow. Never thought it would happen. Quite unbelievable, and yet at the same time...pretty damn exciting :>

The Good Shepherd
About how the CIA came about. An ensemble cast with Matt Damon, Angie Jolie, Robert De Niro, Billy Crudup, Michael Gambon, Alec Baldwin, Joe Pesci. Directed by Bob De Niro himself. If that doesn't get your attention, I don't know what will.

Blood Diamond
How about Leo D's second movie in as many months? You tend not to see him for a long time, but when you do...he's everywhere. Movie's about people wanting to get their hands on a priceless diamond somewhere in Africa (haven't Hollywood made enough movies there? What about Asia?). Directed by Edward 'I'm gonna Last Samurai your ass' Zwick.

Bobby
About the night Robert F. Kennedy died, and how people's lives were affected by it. If you think the cast for The Good Shepherd is good, then you'd be bowled over by this one. Anthony Hopkins, William H. Macy, Laurence Fishbourne, Elijah Wood, Lindsay Lohan, Heather Graham, Helen Hunt, Demi Moore, Martin Sheen...and the dude from the Mighty Ducks movie (Emilio Estevez). In fact, that dude is not only acting in this one, he's also the writer and the director. Plus, Bryan Adams is penning the main theme for this.

I'm A Cyborg But It's OK
Korean movie by my favourite Korean director Park Chan Wook. He's more well known for his visually graphic movies about revenge, which is why this movie is about...love. Love between mental patients anyway. Sounds like fun...but even more so when one of the patients is Korean singing superstar Rain (or in Korean, the less cool sounding Bi). He makes his debut in this one, and am most interested to see how he does.

The Fountain
Time travelling sci-fi fantasy drama romance thriller whatever about a man trying to save his wife's life. But who cares what it's about? Hugh Jackman, Rachel Weisz and the guy who married her (Darren Aronofsky). In other words, he who gave us Requeim For A Dream. And Clint Mansell is scoring. But perhaps most impressively of all, believe me when I tell you: no CGI.

The Last King of Scotland
Actually, it's about an African dictator (what did I say about Hollywood films there) Idi Amin, who, if haven't already guessed, is not Scottish, let alone it's king. Forest Whittaker plays the lead role, and from what I heard, his performance is to die for. And mind you...that's the only reason why I'm excited about this film.

The Queen
From The Last King of Scotland to The Queen. About the Queen's perspective in the aftermath of the death of Princess Diana. Much like the movie above, I'm anticipating this movie primarily because of Helen Mirren. Personally, I think that she is arguably one of the finest actresses in the world, not just because of the quality of her work, but also because she is incredibly hardworking (five projects in this year and the next alone, according to IMDB). Plus, I want to see how Michael Sheen fares as Tony Blair. Should be fun :>